Since its entry into service in early 2014 Russia has aggressively marketed its Su-35 fighter jet for export, with China and Egypt each placing orders for 24 jets in 2015 and 2018 respectively. The fighter’s prospects for future sales have been brought to question due primarily to competition from rival Russian heavyweight fighters such as the Su-30SM/SM2 and the Su-57, with Russia currently offering more fighter classes from this weight range for export than the rest of the world combined. With Egypt having yet to receive its final aircraft China has been considered a possible client to acquire further Su-35s, with a purchase potentially providing a major boost to the Russian military aviation industry. The aircraft have sold under previous contracts for approximately $1 billion dollars for every unit of twelve, including the cost of training, spare parts, armaments and deliveries, making them the most expensive non-Western fighters ever exported. 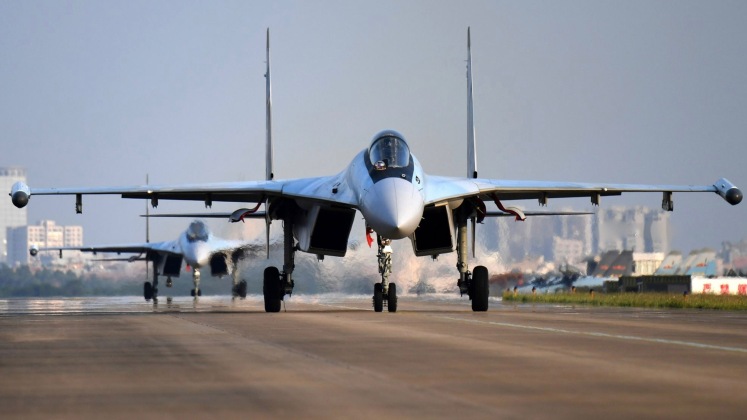 On September 4th the Director of the Russian Federal Service for Military-Technical Cooperation Dmitry Shugaev informed the press at the 2021 Eastern Economic Forum that the country was ready for new agreements to export Su-35 heavyweight fighters to China. Although China was the Su-35’s first and for many years its only foreign client, the country is not expected to show any significant interest in further acquisitions due largely to the capabilities of competing aircraft produced by its own defence sector. As Shugaev conceded: “To date, no new applications from China for the purchase of additional batches of multirole Su-35 fighters have been received. At the same time, Russia is ready for further cooperation with the Chinese side on this topic upon receiving relevant requests.” China is thought to have shown an interest in the Su-35 in the early 2010s primarily due to the possibility of technology transfers relating to its three dimensional thrust vectoring engines, with similar thrust vectoring technologies having since been used to improve the manoeuvrability of its own aircraft most notably the J-10C. The Su-35 is notably an advanced ‘4++ generation’ derivative of the Soviet Su-27 Flanker heavyweight fighter, and China has itself developed modern derivatives of the Flanker design domestically which in many respects surpass the Su-35. The latest Flanker variant developed in China, the J-16, benefits from stealth coatings, an AESA radar and AESA radar guided air to air missiles — all features which the Su-35 lacks.

With China having a much larger defence and research and development budgets than Russia, as well as a more dynamic economy and industry, it has important leads in a number of fields most notably electronics which make country’s own Flanker derivatives in many respects the world’s most capable. This and the fact that fighters are generally sold at much higher prices to export clients than to the domestic armed forces means that, even if assuming the Chinese and Russian defence sectors are equally efficient, the Su-35 at export prices will be a less cost effective option than its domestic rivals such as the J-16. Should Russia offer the Su-35 with a new technology transfer agreement, possibly related to a new kind of air launched missile it can deploy, there is a possibility that China will show an interest, as operating just 24 of the aircraft with their own munitions and spare parts is far from efficient from a logistical standpoint.