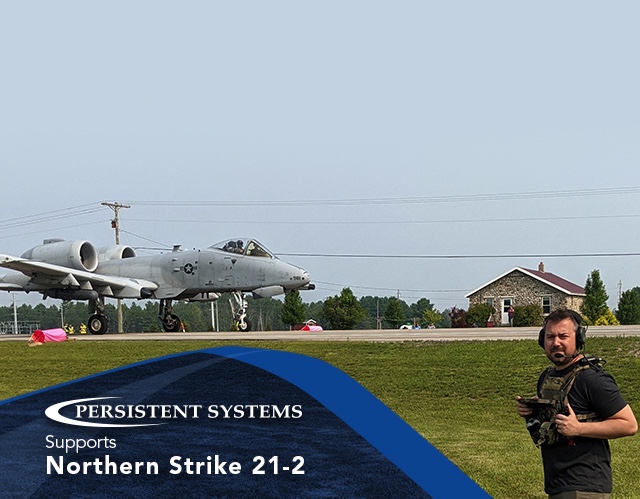 The NADWC network allowed, for example, small-unit teams in austere threat environments to communicate with A-10 aircraft pilots to coordinate close air support missions. Likewise, it enabled Air Force All-Domain Combat Teams landing by C-130 to deliver high bandwidth updates back to a headquarters unit thousands of miles away.

“We’re not in the business of developing technology, but we have this opportunity to collaborate, test and collect data at the National All Domain Warfighting Center.  Our training audiences come to NS for their own purposes, and so do these industry partners,” said Brig. Gen. Bryan Teff, assistant adjutant general for air, Michigan Air National Guard. “Whether it’s early development, late maturation, getting warfighter feedback on their capability, or perhaps they’re already being used by the DoD and want to better understand the end user experience, we want all this technology, integrating with the warfighter at NS to improve readiness for the future operating environment.”

Robenhymer said Persistent’s support of Northern Strike 21-2 was a scaled-up version of the roles the company played in other recent demonstrations. For example, in May, Persistent showed how, in the wake of a devastating hurricane, its MANET solutions could help the South Carolina Air National Guard reestablish internet, radio, video, and chat for response units.

“We are constantly looking at ways to demonstrate the power and versatility of MANET, how it connects people and improve their situational awareness when normal communication channels fail,” he said.


This entry was posted
on Wednesday, September 15th, 2021 at 20:00 and is filed under Comms, Press Release.
You can follow any responses to this entry through the RSS 2.0 feed.