Australia’s DefendTex has introduced the Drone-155, a drone launched from a custom 155mm tube which, once aloft, deploys four propellers to loiter over targets. 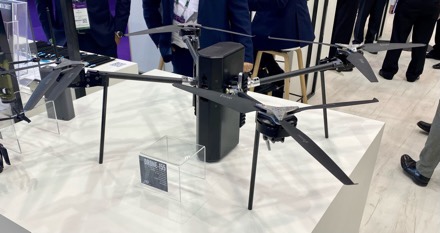 Featuring a GPS autopilot, it offers up to 120 minutes of flight time with a top speed of 40 m/s. The max payload is 20 kg. It can be fitted with ISR, EW, Kinetic, RPG40 multiple launcher, laser designator or smoke/flash payloads. It can also be used to deploy the? DRONE40 described below. 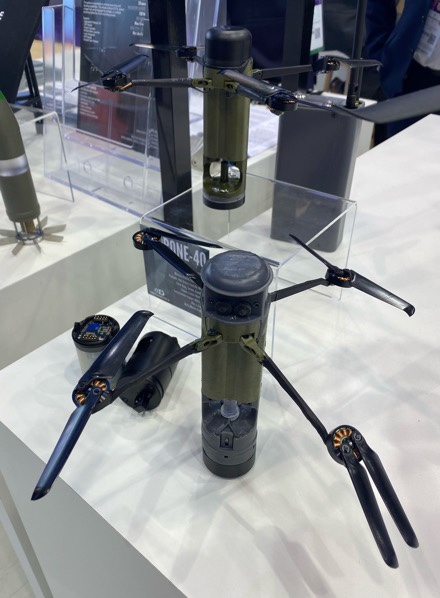 The Drone-40 is normally launched from 40mm Grenade Launchers and can stay aloft for up to 60 minutes, featuring a top speed of 20 m/s. Current payloads include ISR, HE Frag, Fuel-Air, Anti-Armor, Flashbang, Smoke, and C-UAS.