The gold star was first associated with service members who were killed in action after World War I.

President Wilson authorized a suggestion made by the Women’s Committee of the Council of National Defenses, that mothers who had lost a child who served in the war could wear a traditional black mourning armband with a gold star in 1918, Hope for the Warriors reports.

As the U.S. Army maintains, the term “Gold Star family” is a reference to the armbands and service flags flown by families during World War I. A blue star was given to every immediate family member serving in the armed forces of the United States, during any period of war or hostilities in which the armed forces of the United States were engaged. If that loved one died, the blue star was replaced by a gold star. This allowed members of the community to know the price that the family had paid in the cause of freedom.

As the U.S. became involved in other global conflicts, particularly WWII, new organizations and ways to honor Gold Star Family members appeared as the number of grieving military families rose, the USO reports.

In 1945, the Gold Star Wives of America organization was created and in 1947, the Department of Defense (DoD) created the Gold Star Lapel Pin.

Even though only 1% of the U.S. population serves in the military today, versus the 12% that served during WWII, there are more living Gold Star Families than you might think, the New York Times reports.

According to Military Times, since 9/11, more than 16,000 troops have died in non-combat circumstances and 7,000 died in the Iraq and Afghanistan wars alone. There are also thousands of living Gold Star Family members who lost loved ones in WWI, WWII, the Korean War, the Vietnam War and other conflicts throughout the 20th and 21st centuries.

Service members don’t serve alone. In 2015, there was a reported total of 1,728,710 family members who served alongside their Active Duty service member. Of that number, there were 1,076,803 children and 641,639 spouses, Hope for the Warriors reports.

It is an obligation of all Americans to support those who have sacrificed so much in the name of freedom. Click below to sign the pledge and show your support for Gold Star families! 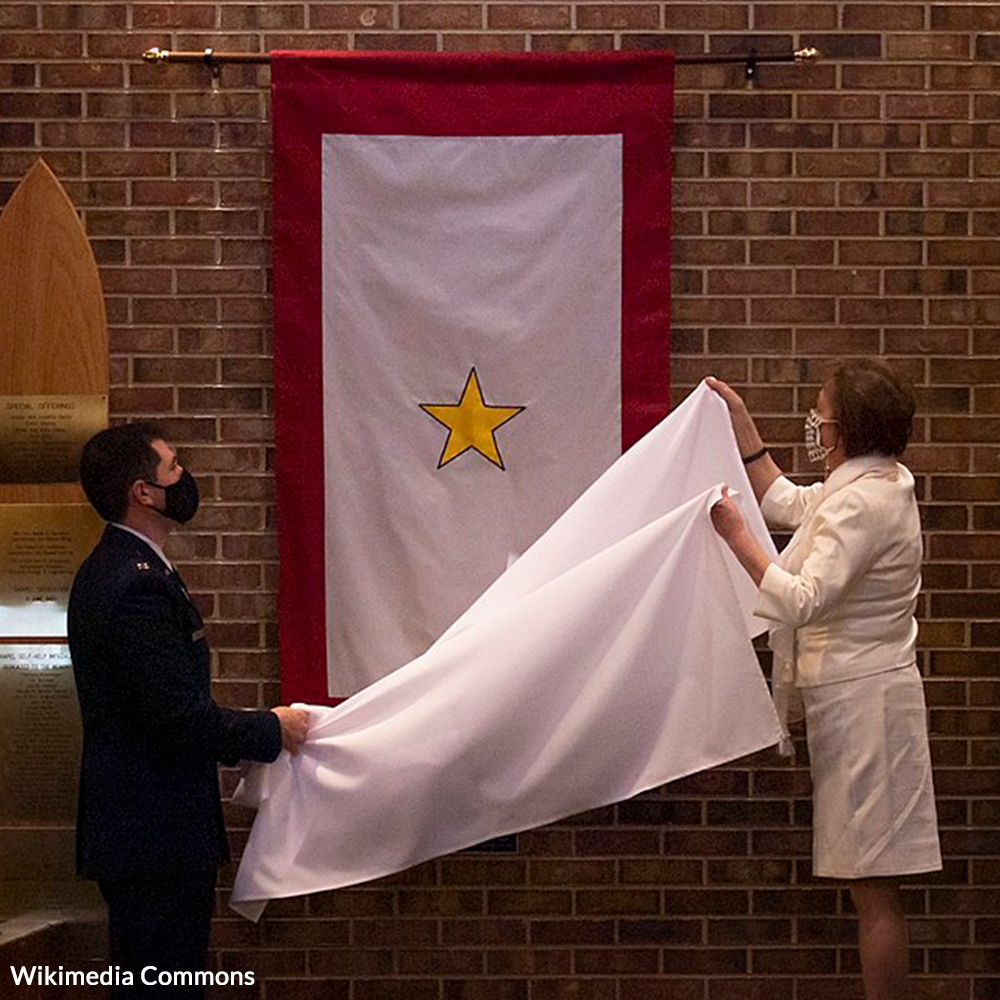 There are also thousands of living Gold Star Family members who lost loved ones in WWI, WWII, the Korean War, the Vietnam War and other conflicts throughout the 20th and 21st centuries.