Following multiple reports from 2018 from sources in Pakistan’s Ministry of Defence Production that the acquisition Chinese HQ-9B (FD-2000) surface to air missile systems was under consideration, the delivery of the first units has been confirmed. The HQ-9P, which is thought to be an export variant of the HQ-9B tailored to Pakistani requirements, was commissioned during a ceremony on October 14th at Army Air Defence Centre Karachi. The ceremony was attended by Pakistan’s Chief of Army Staff General Qamar Javed Bajwa. Sources previously indicated that four of HQ-9s were being considered to enhance the country’s air defence network, although it remains uncertain how many have been deployed. The systems provide Pakistan with its first ever long range surface to air missile capability. HQ-9s have long been seen as a Chinese analogue to the more widely used Russian S-300 series, and the HQ-9B is considered China’s most capable multirole long range air defence system other than the S-400 acquired from Russia. The acquisition comes as India plans to acquire its first S-400 units with five battalions set to be operational by 2025. Long range air defence systems provide an asymmetric means of countering enemy air attacks, which is particularly valuable for Pakistan as it lacks fighter air fear comparable to the Indian Su-30MKI which forms then country’s elite and of which over 270 are in service. 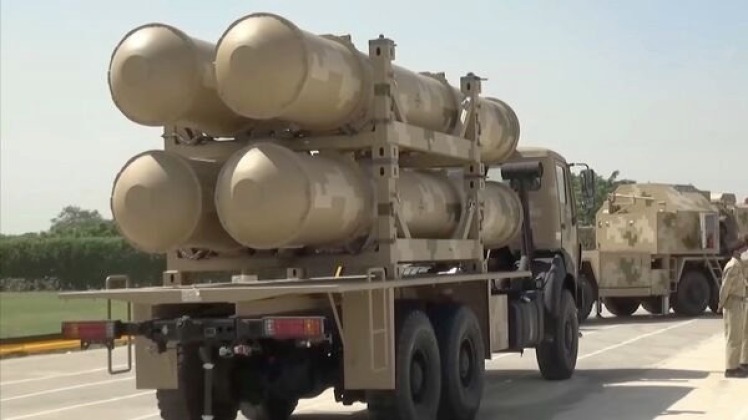 Like many modern S-300 variants the HQ-9 emphasised a high level of mobility to allow it to very quickly redeploy and thus maximise survivability. The missile system has a maximum engagement range reported as between 200 and 300km by various sources, although the range is considerably shorter against low flying or stealth targets. At maximum range the HQ-9 can engage targets deep into Indian airspace if deployed near the border regions. The system can operate as part of a network and share data with other assets such as shorter ranged HQ-16 systems, HHQ-16s deployed by the Pakistani Navy, and JF-17 fighters which currently use Chinese-supplied PL-12 long range air to air missiles. Acquisitions from China have been central to Pakistani efforts to revolutionise its air defence capabilities in the face of improving Indian aerial warfare capabilities.