October 20, 2021 — West Valley City, UT — SilencerCo’s newly released “American Gun” episode challenges the common stigma that guns and mental illness do not mix. “American Gun: The Advocate” dives into the story of Genevieve, a girl from Downingtown, Pennsylvania, who struggles with severe OCD and anxiety. To the surprise of many, recreational shooting is the one thing that quiets the chaos of her mind.

The “American Gun” campaign, created by SilencerCo, seeks to illustrate the diversity that exists among American gun owners. Genevieve doesn’t fit the demographic of what many believe to be the standard gun owner. However, firearms play a vital role in her life and the lives of many others outside of this demographic.

Genevieve has struggled with severe OCD since she was a child, but more recently she developed a panic disorder so extreme she could no longer interact with the outside world. She attended an intensive behavioral health center to just get by. That is, until she discovered competitive shooting. 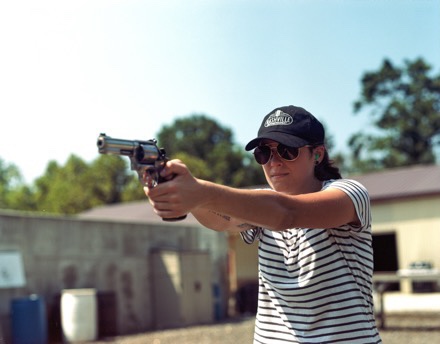 “I felt just so at peace, and I realized how skewed everybody’s perception of mental illness is, specifically in the gun industry, because I’m not a danger to people,” said Genevieve.

Genevieve works help others with mental illness see the meditative benefits of shooting.  She even started an organization called “Hold My Guns” to give shooters with mental health issues a temporary and voluntary storage option for their guns. It can be utilized for any reason, but is aimed at suicide prevention.


This entry was posted
on Thursday, October 21st, 2021 at 07:00 and is filed under 2A, Press Release.
You can follow any responses to this entry through the RSS 2.0 feed.