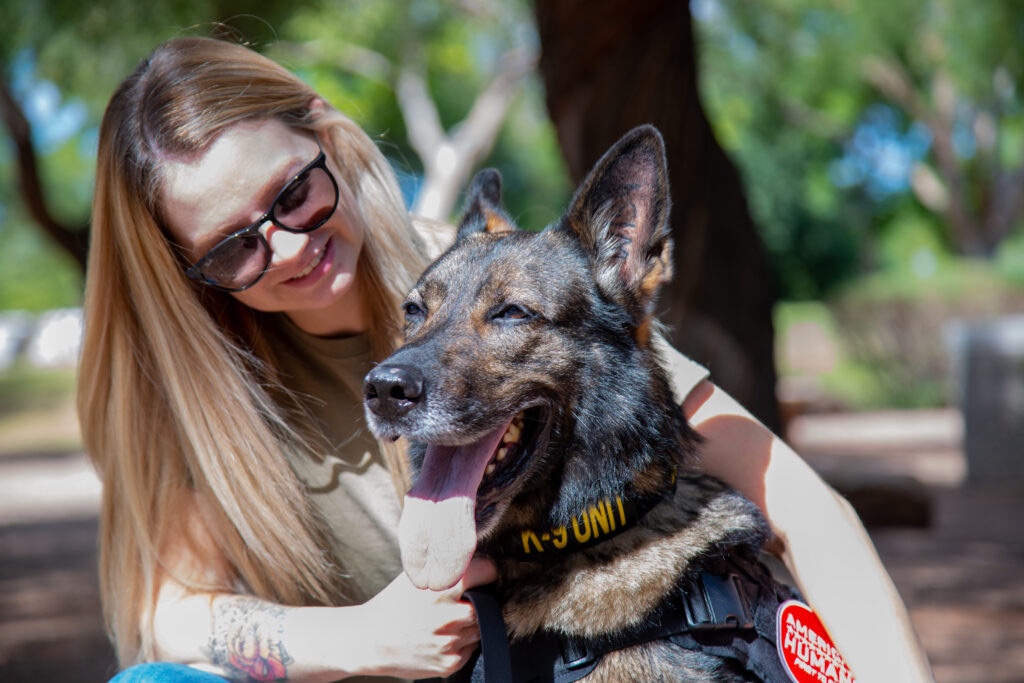 “We at American Humane honor the lifesaving contributions of all veterans, including the four-legged military dogs who risk their lives to courageously serve our country,” said Dr. Robin Ganzert, President and CEO of American Humane. “Tragically, these K-9 veterans are still sometimes separated from their human counterparts, who they formed a deep bond with. We are honored to reunite SSgt Rupp with MWD Irk, and wish Irk a happy, peaceful retirement with the person he loves best.” 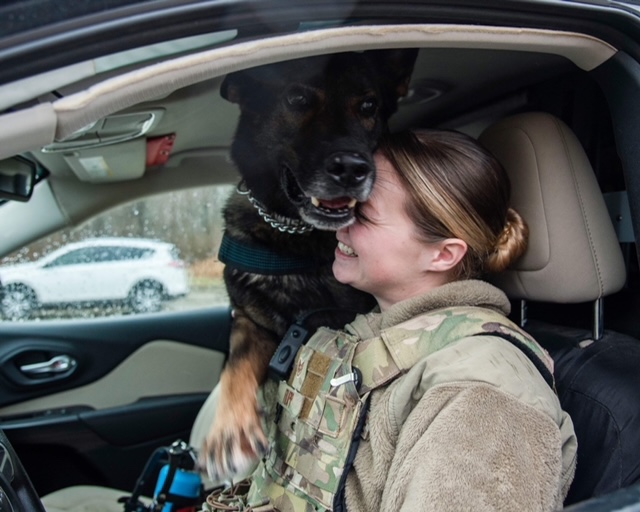 MWD Irk is trained as a Patrol Narcotics Detection Dog. He served his time at Scott Air Force Base in Illinois for six years, helping to train his handlers on the basics and tactics of working with a Military Working Dog. MWD Irk worked alongside SSgt Rupp at Scott AFB for 22 months – the longest handler he ever had. While assigned as a team, the two conducted daily trainings on obedience, bite-work, narcotic detection and base security measures. The two have been separated for a year.

“Irk is one of the sweetest K-9’s I have met,” said SSgt Rupp. “He is brave and served with all his heart. However, because of his age he is starting to slow down, and the decision was made to give him a loving home and a couch to lay on for his retirement. I am so grateful to be reunited with Irk and cannot wait to give him the retirement he deserves.”

SSgt Rupp was active duty for eight years. She now serves in the Reserves at Luke Air Force Base in Arizona, working as a Diet Therapy Technician. 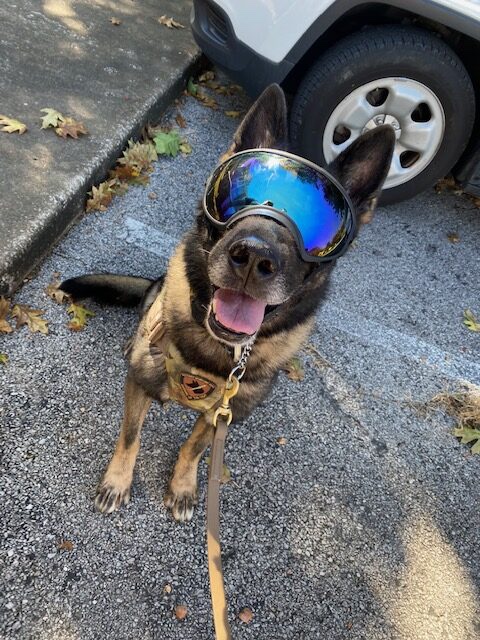 Retired MWDs often have medical issues stemming from their physical jobs, so American Humane veterinarian Dr. Lesa Staubus travelled to Arizona to ensure MWD Irk’s health and safety. The reunion took place at the Lulu’s Fund headquarters in Phoenix. Lulu’s Fund, which is part of the Timothy T. Day Foundation, supports organizations in the animal rescue community throughout the United States.

American Humane recently launched a Military Working Dog Reunification fund which will make it possible to bring even more of our K-9 veterans home thanks to the generous help of donors. Proceeds from this fund will also provide free specialty and preventative medical care to make retired MWDs as healthy and comfortable as possible during retirement. To donate and support our nation’s furry heroes, including MWD Irk, visit www.AmericanHumane.org.


This entry was posted
on Sunday, October 24th, 2021 at 10:00 and is filed under Charity, K9, Press Release.
You can follow any responses to this entry through the RSS 2.0 feed.