Movies, guns, some tactics, some snark, and lots of nostalgia. Those are a few of the things you’ll find in the Saturday Night at the Movies film reviews from GunMag Warehouse. Interested in an example? Remember Dogs of War (book not movie)? Come take the…

The Dogs of War

Carrying on with the idea of a period film that started when I reviewed The Way of the Gun sometime back, I took a spin through my DVD collection (yeah, I still have one). There it was, that classic of Bush War post-colonial havoc, The Dogs of War. 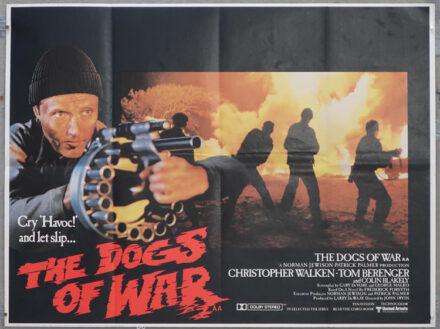 Set principally in the fictional country of Zangaro (played handily by Belize), this 1980 film, based on the Frederick Forsythe novel, revolves around a small group of mercenaries who set out to lead the overthrow of that country’s despotic leader. Starring Christopher Walken, Tom Berenger, and Colin Blakely, the film also has worthwhile supporting roles by JoBeth Williams and Ed O’Neill.

If you’ll forgive me a small indulgence here, I’ve often through that Walken, in his youth, looks almost translucent (see The Dead Zone or the second half of The Deer Hunter). In The Dogs of War, you get the sense that looking through his skin and seeing into his soul, you’d feel troubled indeed. 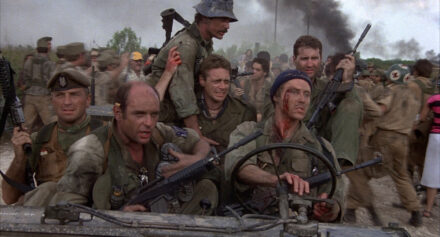 While the film is ostensibly about a team of mercenaries developing and executing a mission, it’s perhaps more accurately about morality and errant compasses, centering on Walken’s character, Jamie Shannon. I say this based on many watchings of the “European” version, which adds about 14 minutes of character development over the so-called “U.S.” version. Early on, Shannon attends a baptism for a fallen comrade’s newborn — he is the Godfather. The widow, however, explains that he will be allowed nothing to do with his Godson’s life.

There you have the central tension for the very stoic Shannon: he’s a man who wants some facsimile of domesticity but can’t find a way to it. Shortly thereafter, fate and a job offer intervene, forcing him to revert to the hard skills and harder stares of his profession. 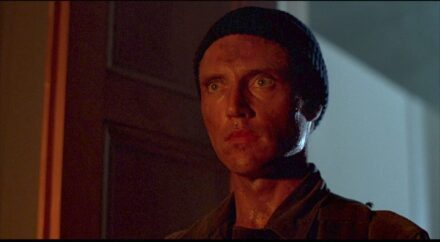 Here’s a more off-the-cuff reading of what this film is about: it’s a love letter to the fictional XM-18. Many are the scenes of the team firing from what is essentially a rotary magazine shotgun. It’s all gleaming chrome and stubby purpose. Based on the Manville Gas Gun that first appeared in 1935 and was designed for crowd control purposes, the movie version was modified by the film’s armourers.

In one fun scene, an arms dealer extols its virtues, including the variable-load possibilities that he refers to as a “mixed-fruit pudding”. In that same scene, Shannon pops out a zinger when he asks the dealer if he’s ever been in combat, to which the dealer replies, “no, I’m Canadian.” 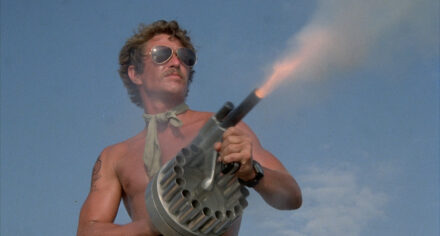 There are folks out there who hate this film, and one podcast in particular (it shall remain nameless but you can search for “Christopher Walken podcast” on YouTube) seemed to not know what to make of it at all. Is it an action film? Is it a drama? Is it a thriller?

Well, I submit that it’s all of those genres and none. It does fit nicely within the genre of 70s military procedurals that Fredrick Forsythe (author of the original novel) is known for. If you enjoy Forsythe’s The Day of The Jackal or The Fourth Protocol, you’ll likely enjoy this film.

In another memorable scene, the team has gathered in a hotel room to plan the mission. They talk about who to source their materiél from and the need to drive hard bargains; they drink beer and order food: pizza and maybe “drinking pudding”. The French team member, played with a certain charm by Jean-François Stévenin, then offers a very memorable toast,

Much film time is spent on logistics: hiring a ship and crew, transporting Uzis across European land borders, negotiating the sky-high prices for 9mm quad (a term I never bothered to research until right now). For me, this stuff is a real pleasure. The film slows down, and the viewer is forced into the back-end of warfighting. But this is what will make or break the operation. What’s that quote?

But the main reason I come back to The Dogs of War, again and again, is that it’s a period piece. I’m not referring so much to post-colonial exploits in Africa, but more that of a pacing style in action/thrillers that is hard to come by these days. There are pleasantly long periods where little excitement occurs, but the film is immensely watchable for just those reasons. The same can be said for The Day of The Jackal or more recently, the George Clooney vehicle, The American. 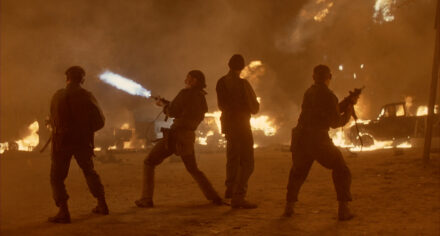 By the time we reach the climactic assault we’ve watched the guerilla army that Shannon’s team will lead demonstrate their military discipline, as well as their proficiency with Uzis. There’s also a subplot involving a journalist (played with great verve by Colin Blakely) that winds its way through the first two acts. All these elements lead to the final assault.

The approach onto objective by the force is a quietly tense pleasure, and then, finally, all hell breaks loose, including many a loving shot of the XM-18 being reloaded and firing off all of its 18 rounds. Having said all that, it’s the slow build-up – like the boat that carries them from Europe to Africa – that remains the most worthwhile aspect of this film.

Check out the entire Saturday Night at the Movies series, from GunMag Warehouse.

About the Author: Scott Waters escaped the North of England as a child and has lived in the occasionally frozen/occasionally fecund land of Canada since then. An epigrammatically jocose former Canadian Infantry soldier who got himself some “higher education”, he became an artist and writer. These days he does some work with aid groups, dips his toes in the Army while continuing to dip his toes in art and writing. As you can see, there is a general “toe-dipping” theme. @militaryart_swaters 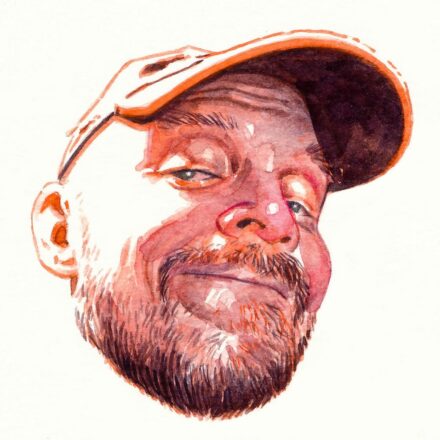 This entry was posted
on Sunday, October 24th, 2021 at 00:00 and is filed under Guest Post, Morale, Saturday Night Movie.
You can follow any responses to this entry through the RSS 2.0 feed.