The 505th Command and Control Wing supported the U.S. Army’s Mission Command Training Program resulting in the validation of Victory Corps as a European Command allocated corps headquarters during the execution of Warfighter exercise 22-1 at Grafenwoehr, Germany, Sept. 27-Oct. 5. 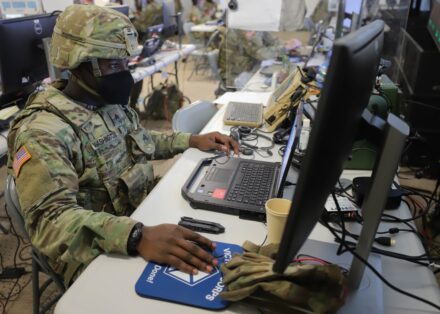 The mission command proficiency of 1,402 joint service personnel including Soldiers from U.S. Army Europe and Africa, V Corps, 3rd Infantry Division, 34th Infantry Division, and their respective subordinate units were tested and honed during the execution of WFX 22-1.

“The warfighter [exercise] is rigorous, complex, and very time-intensive. It is a nine-day sprint in large-scale ground combat operations. It’s the only time our corps and divisions are collaboratively immersed against a near-peer competitor, where they’re forced to really understand and improve their wartime mission,” said U.S. Army COL. Robert Molinari, chief of operations Group A, Mission Command Training Program, U.S. Army Combined Arms Center. 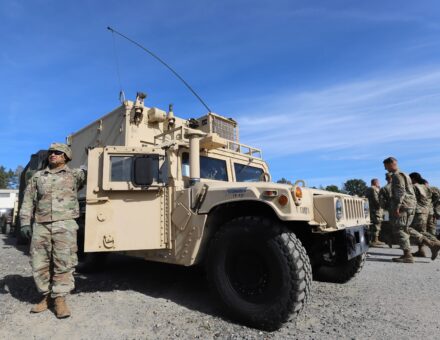 “This was probably the most significant air component replication for a WFX that we’ve done to date,” said U.S. Air Force Col. Michael Goodman, 505th CCW, Det 1 commander.  “Most WFX events utilize a corps to role-play the Combined Forces Land Component, but GEN. Cavoli, the U.S. Army Europe and Africa commander, took the opportunity to train V Corps, his assigned subordinate unit, directly as the CFLCC.

Goodman continued, “The entire USAREUR-AF staff participated and imposed a level of discipline and realism that we’ve never seen during the WFX.  It was impressive and helped ensure that the aligned Airmen got the most realistic we’ve seen to date.”

“V Corps did a great job. They gave 110% daily. They were receptive to coaching and observations and every single day, across the board, they got better,” said Molinari. “So, I think it was a fantastic opportunity for V Corps to really see themselves, to improve on, and to prepare for what the Army might ask of them.” 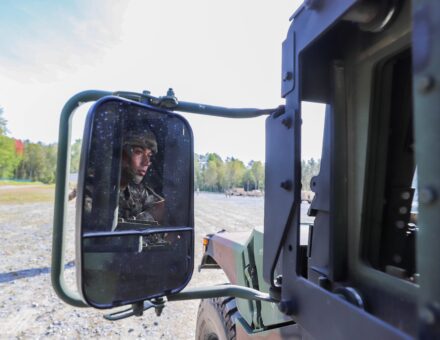 “Our purpose is to ensure we coach our tactical air control party, or TACP, members to improve not just their technical proficiency, but also their overall integration with their supported Army maneuver unit command teams and planners.”  U.S. Air Force Maj. Thomas Hopkins, 505th CCW, Det 1 chief observer and coach, Fort Leavenworth, Kansas. Hopkins made sure his team of coaches/trainers did not lose sight of their larger purpose during the event.

Hopkins continued, “The bottom line is that we do everything we can to assist the Army’s MCTP in providing a training environment which enables the TACP units to leave the exercise a more ready and lethal enabler than when they arrived.”

“The men and women at the 4th ASOG did a phenomenal job under the leadership of Col. Dustin Dupuis, the 4th ASOG commander and also the V Corps air liaison officer,” said Goodman.   “Col. Dupuis and his team made significant gains validating new capabilities and authorities that will enable increased lethality of the joint force in LSCO.  It was huge win for the joint force and they made it happen.”

A team of 47 Airmen from the 505th Combat Training Squadron, Hurlburt Field, Florida, provided AOC replication during WFX 22-1 in coordination with the forward-deployed exercise control group from the 505th CCW, Det 1, and this team represented a full-spectrum air component replication to the U.S. Army training audience.

WFX 22-1 was a crucial exercise for V Corps in that it marked the final event in a yearlong effort to become a fully certified, operational, and combat-capable warfighting headquarters after their reactivation as a corps in October 2020.

Providing air component replication to the joint force is one of the primary mission capabilities of the 505th Combat Training Squadron at Hurlburt Field, Florida.

“As our strategic competitors present increasingly complex problem-sets, it is more vital than ever that our joint partners have a full understanding of the capabilities of airpower and the role of the air component in tackling emerging challenges,” said U.S. Air Force Lt. Col. Michael Power, 505th CTS director of operations.

Power continued, “The professionals at the 505th Combat Training Squadron are uniquely positioned to combine a deep experience in Air Force command and control procedures with a keen understanding of developing concepts to replicate the air component and provide an exceptionally realistic operational-level training environment.”

WFX 22-1 exercised the people, processes, and procedures to ready the joint force for LSCO against near-peer adversaries.

V Corps will assume enduring mission requirements in support of U.S. Army Europe and Africa as a split-based headquarters with locations at Fort Knox, Kentucky, and Poznan, Poland. The return of the Victory Corps to Europe enhances security in the region and reassures our NATO and partner nations of the United States’ commitment to our European allies. WFX 22-1 was V Corps’ final certifying exercise in becoming the U.S. Army’s fourth corps headquarters and America’s forward-deployed corps in Europe.


This entry was posted
on Tuesday, November 2nd, 2021 at 00:00 and is filed under Air Force, Army, Guest Post.
You can follow any responses to this entry through the RSS 2.0 feed.