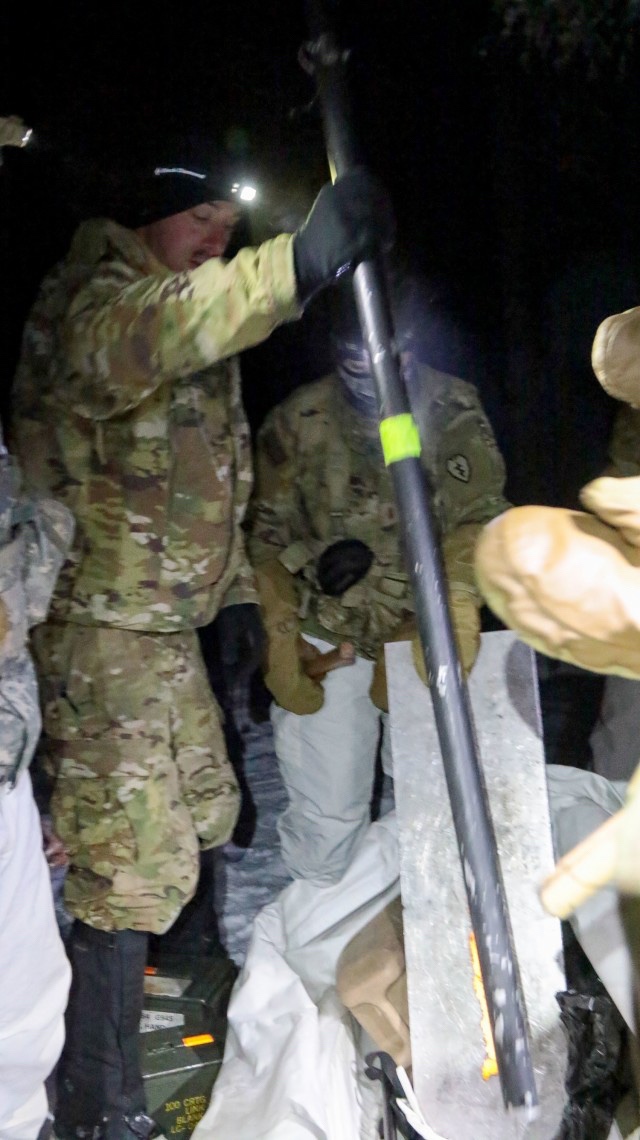 BLACK RAPIDS TRAINING AREA, Alaska — This past March the Army released its Arctic Strategy which plans to regain Arctic dominance by implementing improvements to increase readiness in the Arctic. One of the keys to that readiness is the Northern Warfare Training Center.

NWTC is where Soldiers go to learn what it takes to not only survive in up to 40 degrees below zero temperatures, operate in four to five feet of snow and endure winds up to 50 to 60 mph, but also how to succeed and thrive to become experts in the Arctic environment. 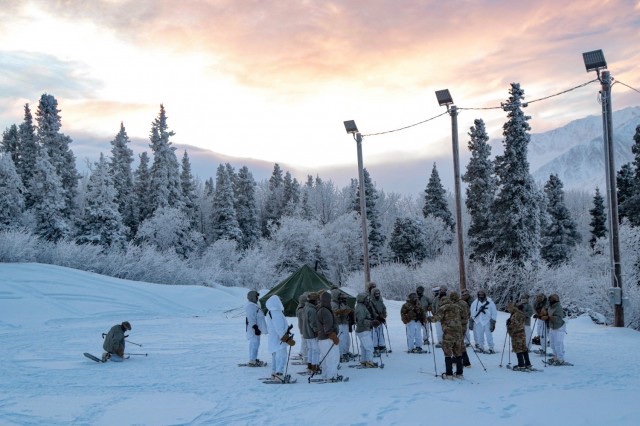 “An Arctic Expert would be someone, whoever that might be, infantry, armor or artillery in extreme cold weather and make their equipment function as expected and not letting the environment stopping them from finishing the mission,” said Steven Decker, longtime civilian instructor for the Northern Warfare Training Center, also known as “Father Winter” to others at NWTC.

Those trained at the school go back to their units and pass along the lessons learned to enable their Soldiers to survive in the cold environments of Alaska. 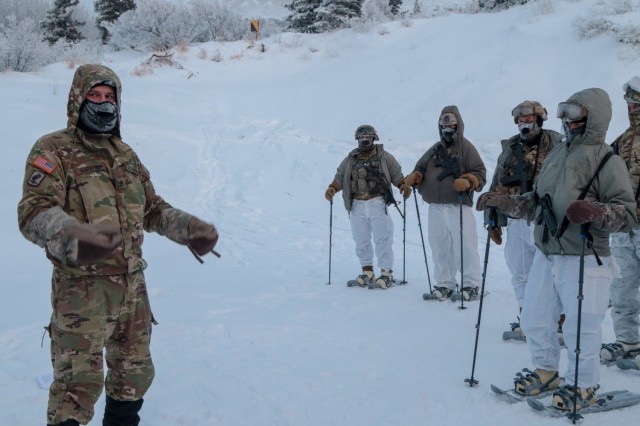 “We want noncommissioned officers that have just been stationed up here, we have them go through our train-the-trainer course. We also want squad lead leaders and fire team leaders because they’re the ones who actually train Soldiers,” one instructor said.

The Cold Weather Leaders Course is an 11-day course, with a field exercise that spans six days out in the cold, which pushes Soldiers to extremes they may have never gone through. 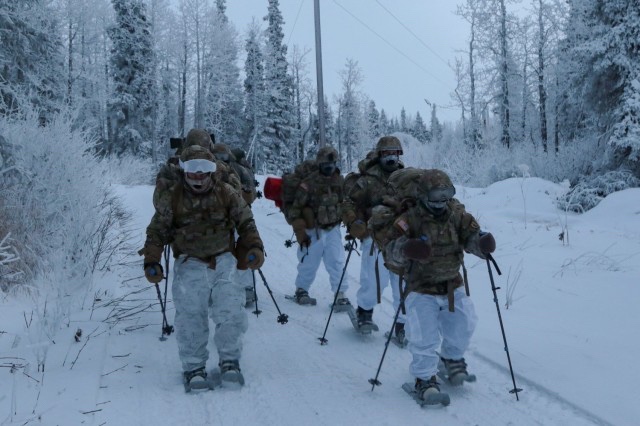 “Sometimes they think they’ll do better in the cold than they do. A lot of them learn hard lessons about themselves. Other people learn positive things, like they’re more resilient and tougher than they believed,” said Decker.

The school also makes it possible for Soldiers to become more resilient to the winter months and can improve the quality of life for them. 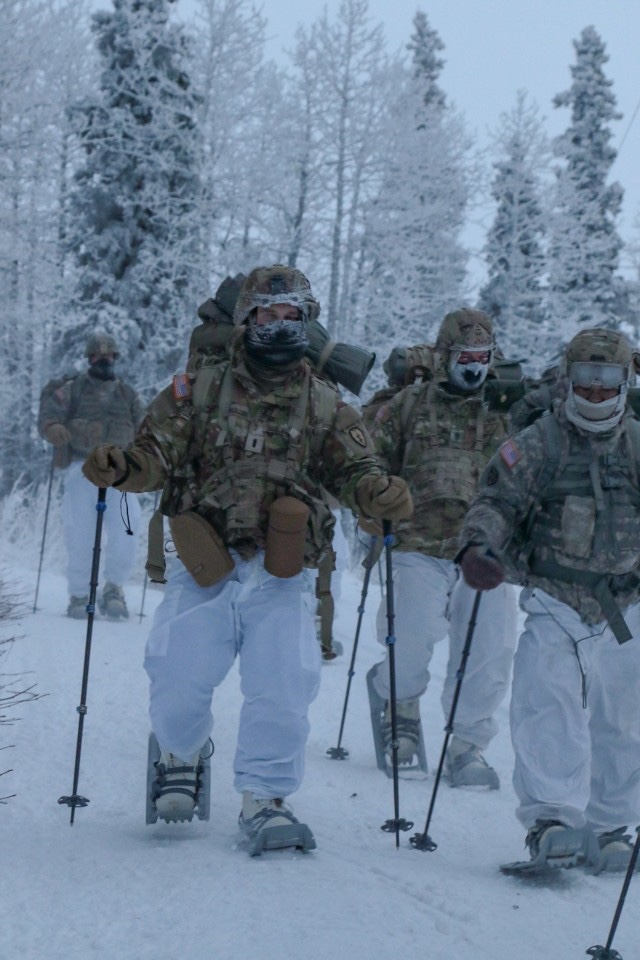 “Sometimes new people come here, and they’re intimidated or have preconceived notions about the cold, that Alaska doesn’t have the amenities that they are used to in the Lower 48, so this training can open their eyes to something that they may not have experienced before. To where they can take these skills and hike trails, go snow machining, skiing or ice fishing and be less intimidated, more inclined to get out and enjoy Alaska,” Decker said.

The Training Center also assist Army Futures Command in testing and equipping new Arctic Equipment for Soldiers to improve their ability to operate in the Arctic. 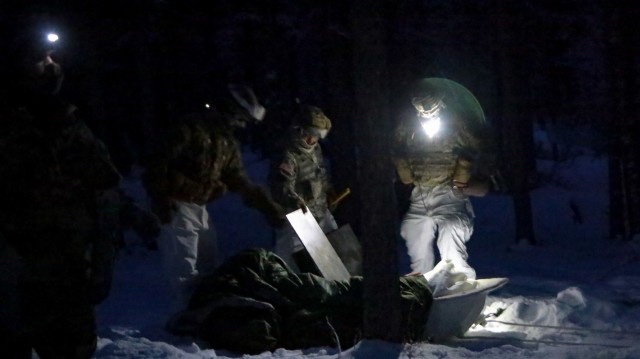 “[Army Futures Command] does count our opinion heavily because we are out there constantly, like the clothing we’re testing, there are technological and functional improvements to it, we also have influence on other things like the vehicle that will replace the Small Unit Support Vehicle,” according to Decker.

Teaching how to thrive in the Arctic, improving quality of life by exposing people to what they can do and preparing for the future are how the Northern Warfare Training Center is helping the Army increase our “deterrence capabilities” and regain the Army’s Arctic dominance. 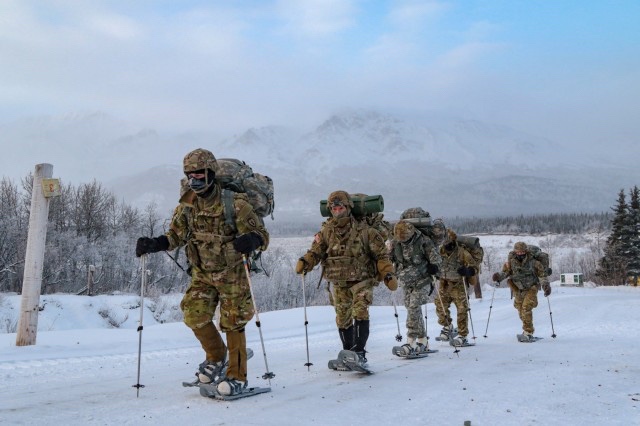 
This entry was posted
on Tuesday, December 7th, 2021 at 01:00 and is filed under Army, Guest Post, Mountaineering, Training.
You can follow any responses to this entry through the RSS 2.0 feed.