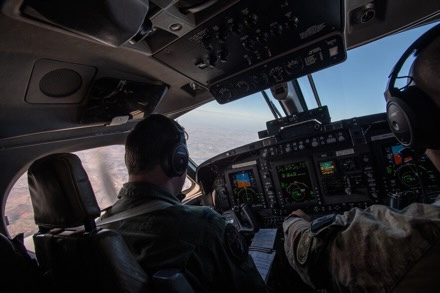 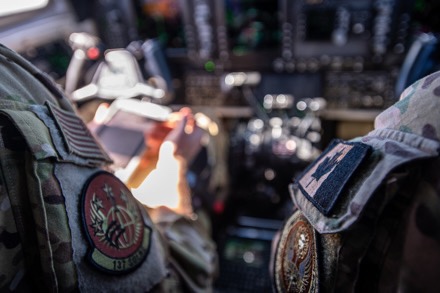 The Canadian aircrew and American instructors collaborated to develop tactics, techniques and procedures (TTPs) for operations with the MC-12W that the CANSOFCOM aircrew could use to further develop a training syllabus for their aircraft. 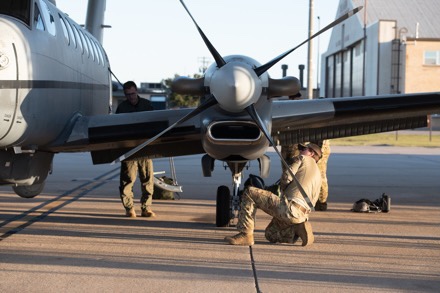 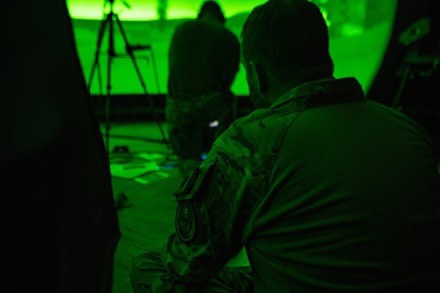 “One of the unique aspects of the courses offered by the 137th SOG is the focused integration of MISR with close air support (CAS) through our MISR management course,” said U.S. Air Force Maj. Karl Hurdle, security cooperation director with the 137th Special Operations Group. “This exposes aircrew to the ground perspective of operating in a two-dimensional battlespace.”

For the aircrew, this perspective helps them understand the platform and how it integrates into a bigger picture.

“This is my first exposure to helping bring a major capability online, and we worked as a team to learn new skillsets and apply them to future roles,” said a CANSOFCOM training participant. 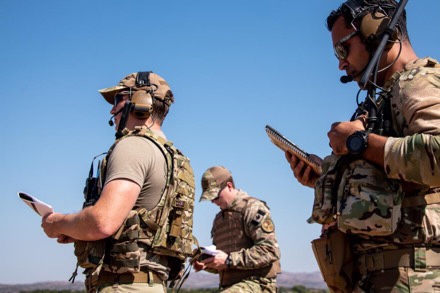 This collaboration is part of the Canadian aircrew’s initial operational training, bringing two years of planning to fruition.

“The 137th Special Operations Wing is uniquely postured to aid in training having stood up our own program under AFSOC less than five years ago,” said U.S. Air Force Maj. Korey Larson, operations officer for the 137th SOG, Detachment 1. “With a two-week academic phase and three flying phases, our expert instructors in both the ground and air provided these aviators with perspective on the mission that other wings are not able to do without outsourcing the training. To my knowledge, the 137th Special Operations Wing is one of the only ones that has both a MISR squadron and an air support operations squadron assigned and collocated, making for much more effective operators with this enhanced integration.”

With six NATO partner nations participating in various training programs hosted by 137th Special Operations Wing units this year, the training marked a new addition to the already extensive training catalogue. Squadrons from around Will Rogers ANGB worked in concert to create a multi-functional and international battlespace to develop effective training for these aviators.

“The CANSOFCOM aviators had backgrounds in multiple fixed- and rotary-wing aircraft, which allowed for great feedback to our instructor cadre on the course, and we will implement many of the recommendations that they provided for any future training with foreign partners,” said Larson. “Sharing our unique program and honing training with this iteration will allow the wing to have lasting effects on both partner force and United States Combined Operations throughout the world.”


This entry was posted
on Saturday, December 18th, 2021 at 01:00 and is filed under Air Force, Guest Post, International, SOF, Training.
You can follow any responses to this entry through the RSS 2.0 feed.