CAMBRIDGE, MA—December 20, 2021—Draper has earned an award for its patent of an antenna technology that shows promise for improving reception and evading detection in locations where signal complexity might be a problem. Military units may benefit when the antenna is installed in their communication devices. 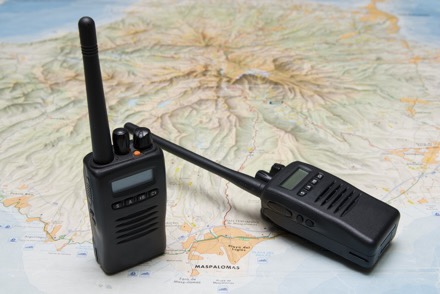 The achievement was recognized by the Boston Patent Law Association at its 11th Annual Invented Here! event Nov. 12, 2021.

Antennas can, of course, be designed to receive and transmit a range of signals, including GPS, cellphone and Wi-Fi. Making signals difficult to detect is desirable in many military contexts, such as stealth aircraft. But devising an invisibility cloak isn’t easy for antennas used for typical military uses, such as beacons and radar systems.

A major challenge for designing any antenna is the noisy and complex environments it might encounter. Military antennas, for instance, interact with multiple frequencies, which requires multiple layers of protection for the antennas and their signals to remain undetected. The result can be an antenna wrapped in a protective layer, called a radome, which can be “expensive, complex and time-consuming” to design, build and maintain, according to the patent.

Draper addressed the challenge of unwanted signal detection by devising a scheme for antennas of various types that can be tuned by adjusting the frequency selective surfaces, or FSS. FSS is a thin, repetitive surface designed to reflect, transmit or absorb electromagnetic fields based on the frequency of the field.

Engineers at Draper designed the antenna to dampen or hide its presence without impacting its effectiveness. They did so by developing an FSS that has the ability to automatically change how the FSS resonates to an incoming radar signal without degrading signal reception to the antenna. The result is a lower radar signature of the antenna. If a different radar frequency needs to be mitigated against, then the tunable FSS which is embedded in the antenna element can be tuned to the new radar frequency without degrading the performance of the desired communications frequency.

The inventors responsible for the patent “Frequency Selective Surface Antenna Element” are Amy Duwel, John Grandfield and Jacob Treadway. The patent application was prepared and submitted by Sunstein LLP.

The Boston Patent Law Association, established in 1924, is one of the oldest associations of intellectual property lawyers and professionals in the U.S. The BPLA’s Invented Here! award highlights inventions made by New England inventors or New England companies.


This entry was posted
on Wednesday, December 22nd, 2021 at 21:00 and is filed under Comms, Grey Man, Press Release.
You can follow any responses to this entry through the RSS 2.0 feed.