Following the collapse of the Soviet Union in 1991 Russia and Ukraine were consistently at odds over a range of defence issues, with tensions only worsening after the overthrow of the Ukrainian government in 2014 and the installation of a new more overtly pro-Western regime in Kiev. The aftermath saw Russia seize the Crimean Peninsula by force, which although ethnically and linguistically Russian had been conceded to Ukraine under the USSR, and provide support for a number of insurgent groups in eastern Ukraine’s Russian speaking regions. With relations continuing to deteriorate and tensions mounting particularly from November 2021, the possibility of broader Russian military operations against its neighbour have been repeatedly highlighted in the West. Although Moscow would arguably have little to gain from taking Ukraine, which has seen its economy deteriorate significantly over 30 years and has strong anti-Russian sentiments among its population particularly in the western regions, an assessment of military options nevertheless provides valuable insight into the balance of power in the region and the real reasons why Russia is unlikely to escalate military action. The nature of the two countries’ armed forces means that the opening stages of any potential large scale conflict are likely to be decisive, with strikes on air defence sites, airfields, command centres and other high value targets expected within hours. The Russian Air Force’s ability to dominate Ukrainian skies quickly will potentially be the main factor influencing how easily ground assets can cross the country and gain control, as air superiority will pave the way for precision strikes in support of ground forces and the crippling of Ukrainian command and control and other key capabilities. 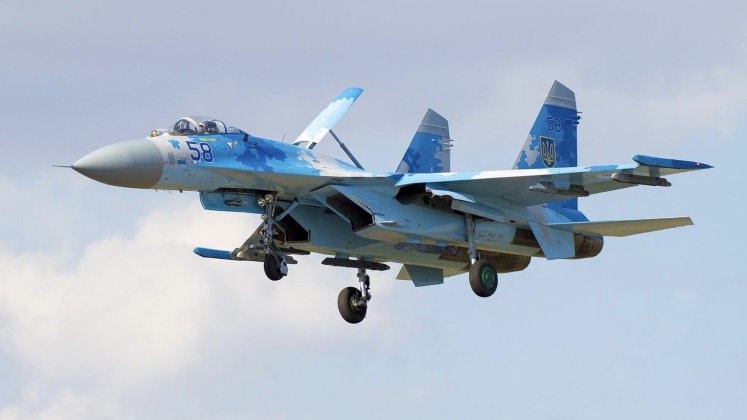 The capabilities of the Ukrainian Air Force remain limited, with the country relying on a small fleet of aircraft built in the 1980s which have seen negligible upgrades since. Pilots’ flight hours, limited to approximately 40 per year, further restrict their ability to engage their Russian counterparts, and the number of crashes for a fleet of its size indicate maintenance is severely lacking. The country’s fighter fleet is comprised of approximately 35 MiG-29 and 35 Su-27 fourth generation aircraft, down from approximately 260 MiG-29s and Su-27s the country inherited when the USSR collapsed, with the armed forces unable to afford fielding a larger fleet. While the Su-27 is a potentially very potent platform, those in Ukrainian service lack long range air to air munitions with independent guidance or fire and forget capabilities such as the R-77, which combined with the age of their sensor suites, electronic warfare countermeasures and general avionics means modern Russian aircraft such as the Su-30SM, Su-34 and Su-35 are unlikely to be challenged in the air. The discrepancy in electronic warfare capabilities and countermeasures in particular, for both aircraft and radar guided missiles, is expected to be decisive by the Russian side, with the technological gap being over 25 years. Further impeding the Ukrainian fighter fleet’s ability to protect its airspace are lower numbers and very low availability rates, meaning most of the fleet will remain on runways for at least several days after the outbreak of hostilities. This provides ample opportunities for Russian assets to neutralise them on the ground using a wide range of stand-off precision guided weapons launched from the air and sea. The tremendous imbalance in aviation, both quantitively and more importantly qualitatively, means Ukraine will need to rely heavily on its ground based surface to air missile system to challenge Russian forces asymmetrically. Ukraine’s air defence network fields no long range systems, with its Soviet S-200 systems having been retired without replacement as they were considered increasingly vulnerable due to lack of mobility. The country relies on S-300P/PS/PT medium range systems from the 1980s, although a portion of these were reportedly sold to the United States for testing purposes and were not replaced, as well as the BuK-M1 system also from the Soviet era. The BuK system also saw several units sold abroad most notably to Georgia where they clashed with Russian forces in 2008. These old systems have much lower mobility and therefore poorer survivability than new versions of the S-300 and BuK, and are technologically over three decades behind the latest Russian air defences. Unlike the S-300PM-2, S-300V4, or other modern variants deployed by Russia’s armed forces, Ukrainian S-300s were not designed for defence of large areas, do not have a multi-layered defence capability, and provide a much more limited degree of situational awareness. With their electronic warfare systems also being out of date, they are expected to be priority targets for Russian air defence suppression missions likely relying on Ka-52 and Mi-28 attack helicopters and Su-34 strike fighters all armed with standoff weapons. While Ukraine is not familiar with much of Russia’s post-Soviet weaponry, Russian familiarity with almost all weapons in the Ukrainian inventory almost all of which it previously fielded itself will likely provide significant advantages in electronic and other kinds of warfare and make air defence suppression far simpler. Perhaps the greatest weakness of Ukraine’s S-300 systems is that they are very limited in the number of targets they can engage simultaneously, with each unit capable of engaging under half a dozen targets. By contrast even Russia’s S-300PM-2 from the early 1990s can engage 36 targets and guide up to 72 missiles simultaneously, with the newer S-400 and S-300V4 being considerably more capable still. Thus even if Ukrainian batteries are capable of intercepting Russian munitions targeting them, they remain highly vulnerable to being overwhelmed either by guided bombs such as the KAB-500 or KAB-1500 or by small numbers of cruise missiles. Ukraine’s lack of sufficient shorter ranged supporting assets to serve as additional layers to its air defence network, with the S-125 retired and only the BuK-M1 remaining, considerably increases the vulnerability of its long range batteries to being overwhelmed particularly as older S-300s do not have a multilayered defence capability. While Russia retains numerous assets capable of neutralising Ukrainian air defence sites from standoff ranges, and Ukraine has neglected to built substantial fortifications for its air defence platforms, Ukrainian capabilities to launch a retaliatory strike on Russian targets is also very limited. Ukraine’s strike capabilities were most formidable in Europe in the early 1990s with a large arsenal of Tu-22M medium bombers, Tu-160 intercontinental range nuclear capable bombers, and various ballistic missiles. These were all abandoned, however, under considerable Western pressure, during the 1990s. Ukraine’s bombers, among the most advanced in the world, were scrapped in exchange for Western economic assistance. Thus while Russia will be able to call upon assets such as the submarine based Kalibr and bomber based Kh-101 cruise missiles or Kh-65Se missiles deployed by its Su-34 strike fighters to launch standoff range precision strikes against Ukraine’s air defence assets, Ukraine’s retaliatory capabilities remain far more limited. Even excluding questions regarding morale and combat readiness, Ukraine’s ability to maintain a defence against a Russian air campaign is highly limited due to the tremendous technological discrepancy between the two countries, with the Russian Air Force having largely phased out its Soviet era equipment while Ukraine has seen its forces sharply contract but not significantly modernise.