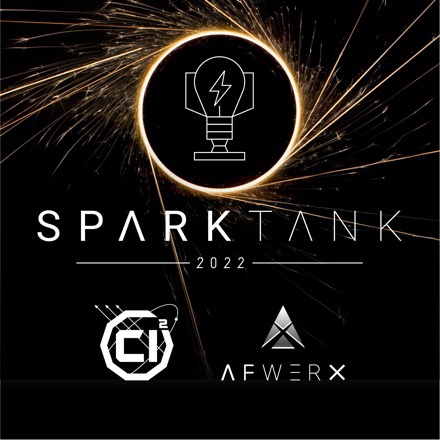 A panel of nearly 30 subject matter experts from across the Department of the Air Force met Nov. 16, 2021 at the Basic Research Innovation and Collaboration Center in Arlington and via a virtual teleconferencing platform to conduct the Spark Tank 2022 quarterfinals.

“Spark Tank is the department’s take on the television show “Shark Tank” and is designed to recognize the great work our Airmen and Guardians put into overcoming performance obstacles and making our services more capable,” said William Gautier, Spark Tank director. “The goal of the quarterfinals round was to narrow the 184 ideas submitted for ST22 down to the top 15 ideas that will advance to the semifinals,” he said.

Only the top 8% percent of ideas were selected to compete in the semifinals scheduled for Jan. 6, 2022.

On the final day of the quarterfinal round, the panel evaluated 29 ideas nominated by U.S. Air Force major commands and U.S. Space Force field commands, plus four at-large “wildcard” submissions. The wildcards were selected by Guardians and Airmen who cast nearly 17,000 ballots in pairwise voting conducted over the last two weeks of October through the Guardians and Airmen Innovation Network platform.

Using a similar voting system, the panel reviewed and scored all 29 ideas using criteria designed to assess each idea from multiple perspectives: friendly disruption, adversary disruption, inspiration/cultural disruption, and the level of senior leadership needed to execute the idea. The scoring criteria logic takes into account atmospheric perspectives that traditional voting methods don’t consider. Many impressive ideas were submitted that touched on all aspects the criteria addressed.

The selection process looked at the need for specific capabilities as well as concerns of safety, policy, department-wide implementation, technical feasibility, and scalability.

The quarterfinalists are listed below. (An asterisk (*) denotes semi-finalists.)

The United States Army Futures Command also hosts an innovation competition named “Dragon’s Lair” and is conducted in Shark Tank-like episodes. Together, these innovation showcases provide platforms for Department of Defense Total Force military and civilian personnel to show off their creativity and ideas to better prepare for ‘tomorrow’s fight.’

To date, Spark Tank, started in 2018, has produced about 70 ideas that DAF transformation teams investigate and evaluate for implementation and sustainment going forward. While not all ideas are implemented, about a dozen have been and Spark Tank continues to empower Airmen and Guardians to turn on the creativity switch to effect change. Spark Tank 2022 will be hosted on March 4, 2022 by the Air Force Association at the 2022 Air Warfare Symposium in Orlando, Florida. Registration is planned to open in December.


This entry was posted
on Friday, December 31st, 2021 at 01:00 and is filed under Air Force, Guest Post.
You can follow any responses to this entry through the RSS 2.0 feed.