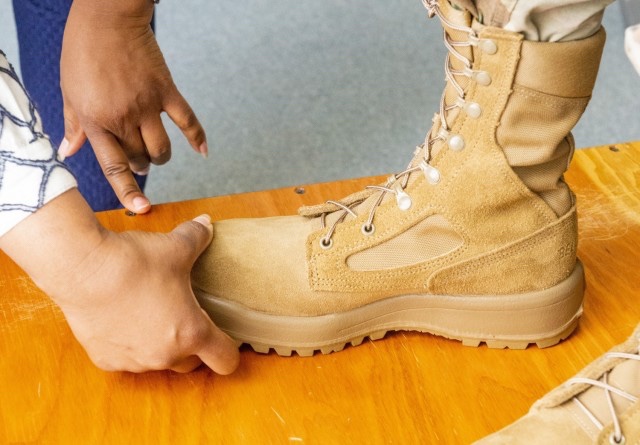 NATICK, Mass. – Army Footwear Researchers at the U.S. Army Combat Capabilities Development Command Soldier Center, or DEVCOM SC, are investigating the need for, and potential impact of boots made specifically for females. The effort will help to determine if there is a need for female-specific footwear lasts — lasts are the forms on which footwear is constructed.

Perkins trained several members of the Product Manager Soldier Clothing & Individual Equipment, or PdM SCIE, team in proper fitting techniques so they could then assist in fitting events at Langley Air Force Base, Fort Lee and Naval Station Norfolk. Her training of PdM SCIE team members and their assistance at the fitting events proved to be a great asset to the effort. PdM SCIE is part of Project Manager, Soldier Survivability at PEO Soldier.

“The goal of this effort is to improve the fit of combat boots for female service members, ultimately improving Soldier performance, enhancing comfort, and preventing injuries,” said Perkins. “Fit is a significant factor in footwear comfort. Improperly fitted boots can play a significant role in Soldier performance and increase injury risk, ranging from blisters to stress fractures.”

“It is in the interest of all services to ensure that female warfighters are adequately accommodated by properly fitted issued combat and safety footwear,” said Perkins. “Female members of all services are experiencing the same fit concerns with issued footwear. Some footwear items are offered in female-specific sizes, but it is still unclear whether all the shapes and sizes are accounted for with these female-specific sizes.”

Perkins explained that “the inclusion of the other services will allow for a unified, cross-service solution so that sizing and options are consistent across the branches.” Joint service participation increases opportunities for cross-service commonality in footwear, which will reduce the cost to each service and provide more capabilities. 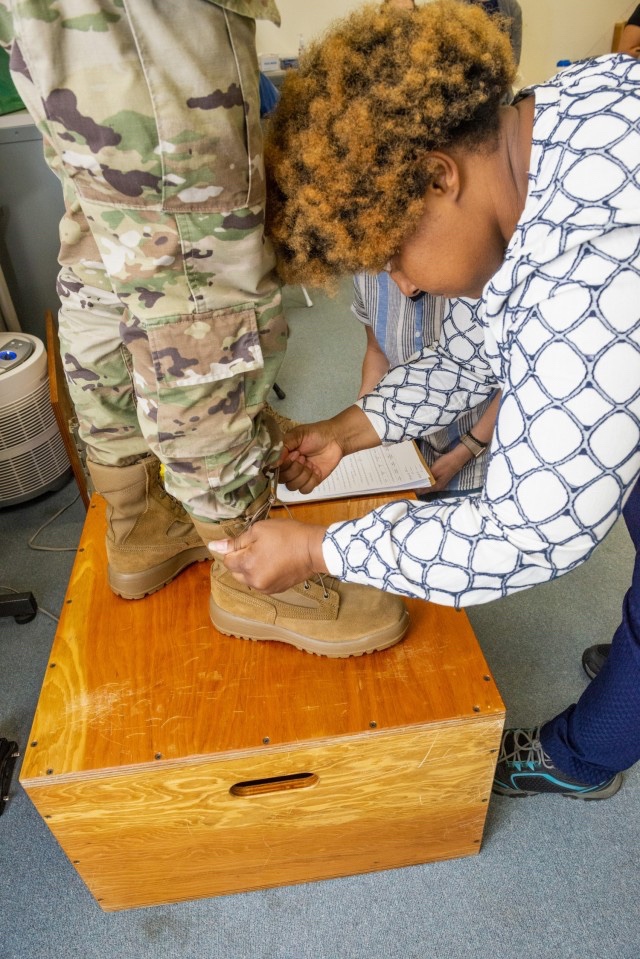 “Gender-related differences in foot anthropometry are well documented,” said Perkins. “In terms of footwear fit, however, the effects of these differences are not well-quantified. There is a dearth of research evaluating how these anthropometric differences or female specific lasts impact the fit of footwear, especially in relation to combat boots. By studying and quantifying these effects, the Female Fit and Size effort will help to determine if there is a need for female-specific footwear lasts and/or additional sizing or width availability to improve the fit, comfort, and performance of combat and safety footwear for female warfighters.”

During testing, participants will carry out warfighter-specific tasks. Some of the common tasks for all the services include walking on multiple surfaces, including pavement, cement, grass, dirt, decks and floors; walking at a variety of speeds; walking on wet surfaces; running; climbing on and off a two-foot-high box; stair climbing; ladder climbing; walking up and down an incline; taking a knee and squats.

Participants will also perform service-specific tasks, including run and cut — performed by the Army and Air Force; marching while carrying a loaded rucksack — Army — and walking on metal decks, grating and gangways — common in a Navy environment.

The DEVCOM Soldier Center’s expertise in clothing, equipment and human factors — combined with the center’s unique testing capabilities and facilities — are playing an important role in the effort.

In June 2021, Army Footwear subject-matter experts provided training on boot fitting to other DEVCOM SC personnel supporting the fit assessment. The knowledge of experienced footwear fitters will play an important role in the effort.

As part of the effort, the Applied Ergonomics Team will be conducting an assessment of the combat boot, the boot last and foot scans in the DEVCOM SC’s 3D Morphometry Laboratory. The team will also measure foot anthropometry manually without the scanner to obtain specifics for predicting boot size. The team’s dynamic foot assessment will include tasks related to human factors, as well as a questionnaire regarding fit, comfort, number of sizes tried on, and any other feedback. 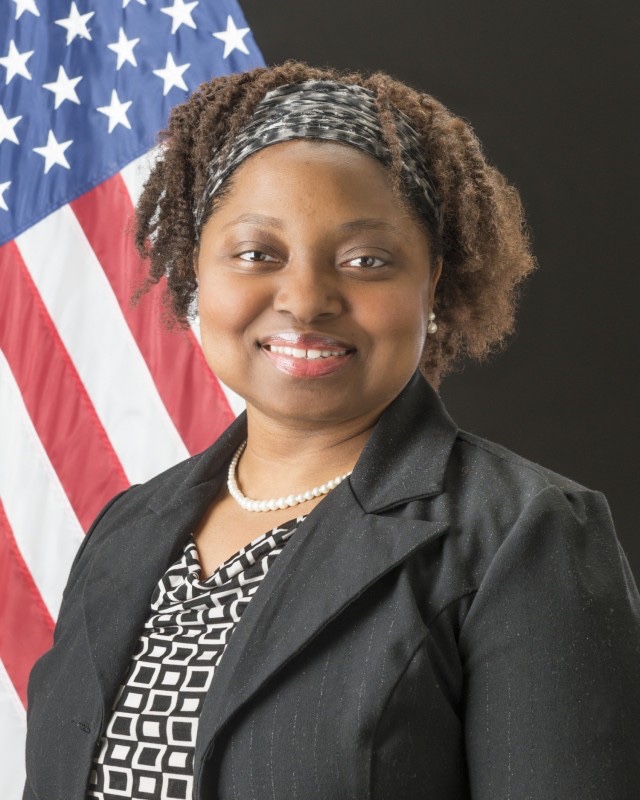 As is the case with much of the work done by the DEVCOM SC, Soldier feedback plays a critical role in the Female Fit and Size effort.

“During the fit assessment, Soldier feedback will determine which size and width of each type of boot is preferred,” said Perkins. “The ‘best fit’ of each of the four boot types being assessed will be worn during the dynamic fit assessment. Soldier feedback will also be collected during and after the dynamic fit assessment. The data from the 3D foot scans and foot dimension measurements will be analyzed and correlated to the feedback of each participant. These data will drive recommendations for future military footwear requirements to ensure female warfighters are issued combat and safety footwear of appropriate size and fit.”

Overall, the Female Fit and Size effort is part of DEVCOM SC’s larger commitment to meeting the needs of female warfighters.


This entry was posted
on Wednesday, February 9th, 2022 at 01:00 and is filed under Army, Boots, For the Ladies, Guest Post.
You can follow any responses to this entry through the RSS 2.0 feed.