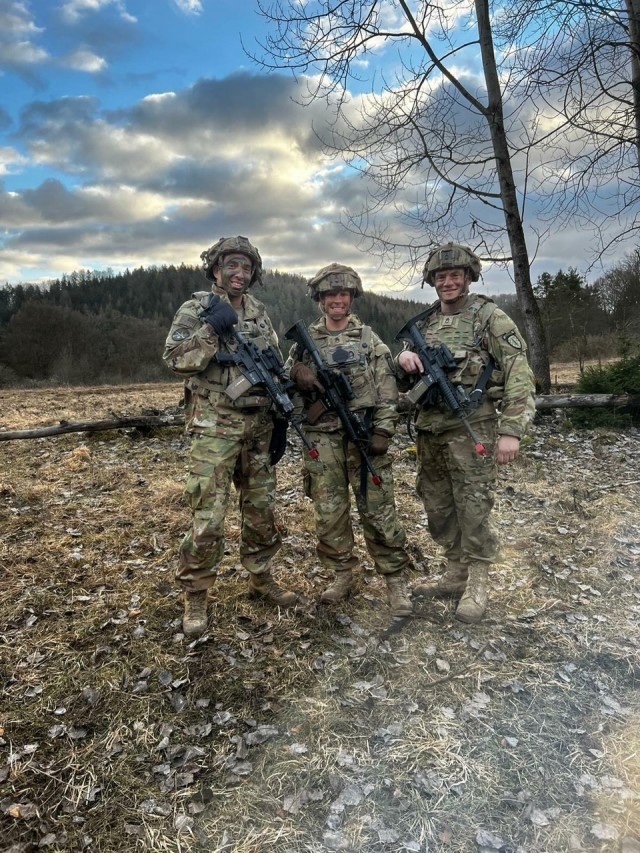 HOHENFELS, Germany – Advisors from the U.S. Army 4th Security Forces Assistance Brigade participated in their first multinational exercise in Europe as they worked alongside their Latvian counterparts during Allied Spirit 22 at the Joint Multinational Readiness Center Jan. 21- Feb. 5.

Advisor teams from the 4th SFAB, which is stationed at Fort Carson, Colorado, arrived in Europe in September, 2021, and are currently advising land forces in Georgia, Latvia, North Macedonia, Poland and Romania. The SFAB concept was developed as special advisory teams to aid in training and advising armies in specific needs that are developed in close coordination with allies and partners. There are five active duty SFABs and one National Guard SFAB, each with a different geographic focus.

Twenty-one 4th SFAB Soldiers serve as team advisors in warfighting functions such as infantry, engineering, medical, logistics, and field artillery within the Latvian Mechanized Infantry Brigade while deployed to Camp Adazi, Latvia, and integrated into positions across the brigade during exercise Allied Spirit. 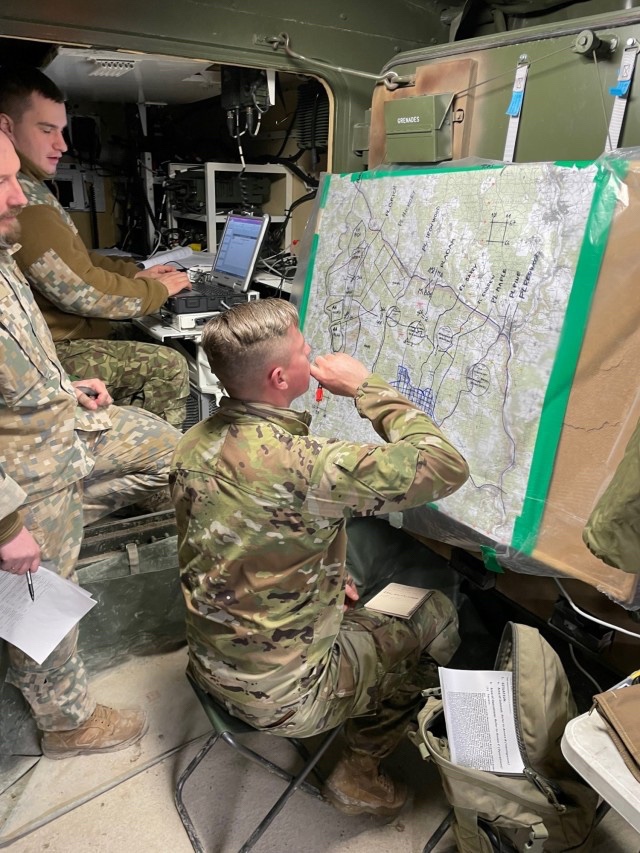 “Our main mission here is to improve interoperability between us and our NATO allies and partners, while doing whatever we can to gain understanding of how our allies and partners conduct large-scale combat operations,” said U.S. Army Cpt. Andrew Shanks, a logistics advisor team leader assigned to 4th SFAB, who served as a battle captain within the MIB’s Latvian Combat Service Support Battalion during the exercise.

Unlike the Saber Junction and Combined Resolve series at JMRC, which feature U.S. brigade combat teams in a lead role augmented by allies and partners, Allied Spirit places an allied unit as the main training audience. For the second time since 2017, the Latvian MIB served as the allied brigade headquarters for Allied Spirit.

“This is the first large exercise of its kind in which SFAB teams have integrated with a persistent partner as advisors months prior to the exercise, during the exercise and months after the exercise,” Shanks said. 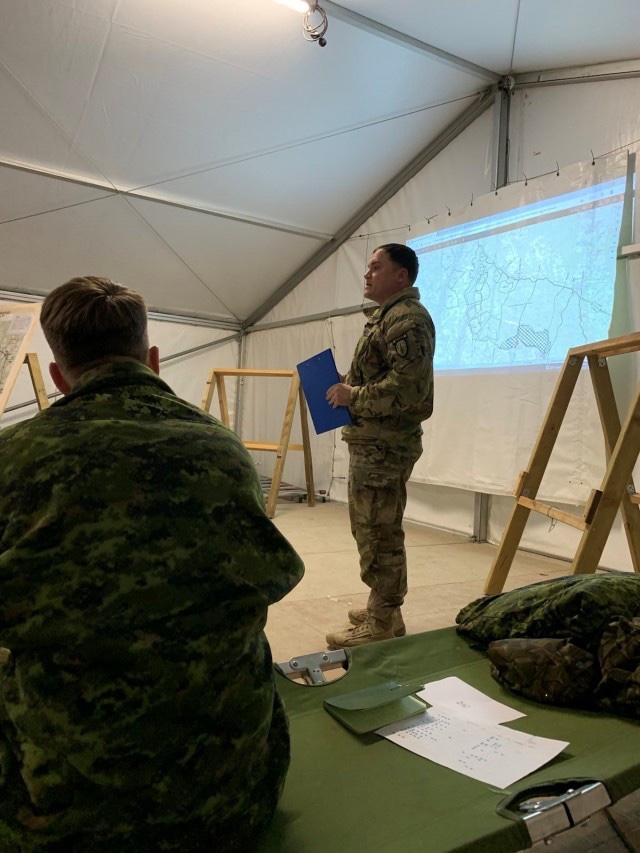 Allied Spirit 22 was led by the German Army’s 1st Armored Division, whose staff provided command and control over a multinational brigade and other constructive elements. Based in Oldenburg, the division is part of NATO’s 1st German Netherlands Corps.

“The absolute best part of the exercise was working closely with our partners, and as much we could hope to teach, we also learned just as much,” said U.S. Army Sgt. First Class Joshua Kirby, a 4th SFAB advisor who worked with fire support officers in two command posts within the Latvian MIB.

In 2018 the first SFAB was activated in Fort Benning, Georgia. The vision was to take mature and experienced Army leaders and utilize them as small teams of select training advisors trained to deploy worldwide to liaise, support, assess and advise our international partners and allies. 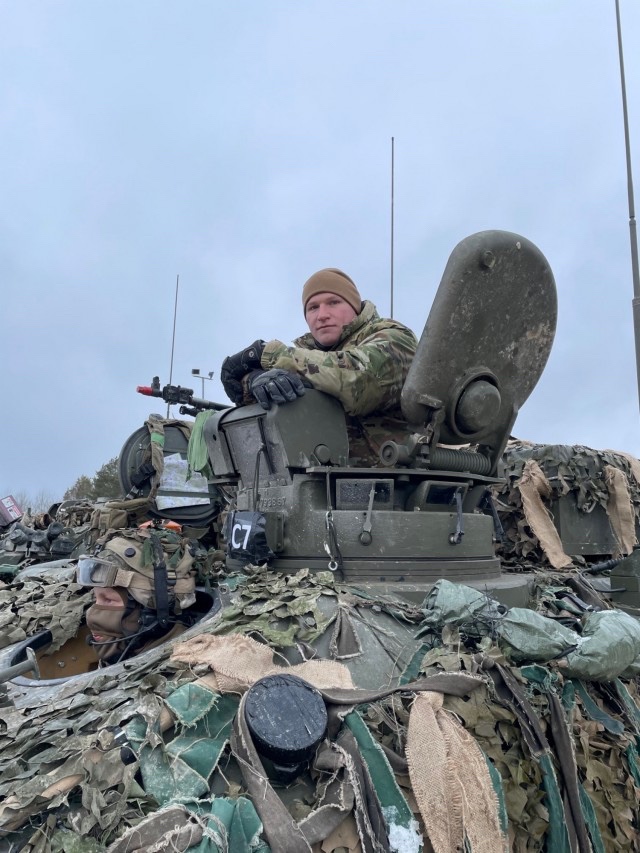 The 4th SFAB initiatives include advising, support, liaising and assessments of military capabilities of allied and partner forces. Building trust through persistent presence aims to improve the security environment and to ensure continued interoperability, 4th SFAB will train with partners and allies to deter aggression and defeat adversaries. The 4th SFAB builds on enduring partnerships in multi-domain areas, extending cooperation throughout the European theater.

“Allied Spirit 22 proved a tremendous opportunity for 4th SFAB to enhance interoperability between allies while building readiness for large scale combat operations. Advisors from the 4th SFAB have established our reputation in Europe as a force multiplying asset since their arrival in October of 2012,” said Col. Robert Born, commander of the 4th SFAB. “The experience gained by our Advisors, in support of the Latvian Mechanized Infantry Brigade, will prove invaluable and dramatically increase the effectiveness of 4th SFAB.” 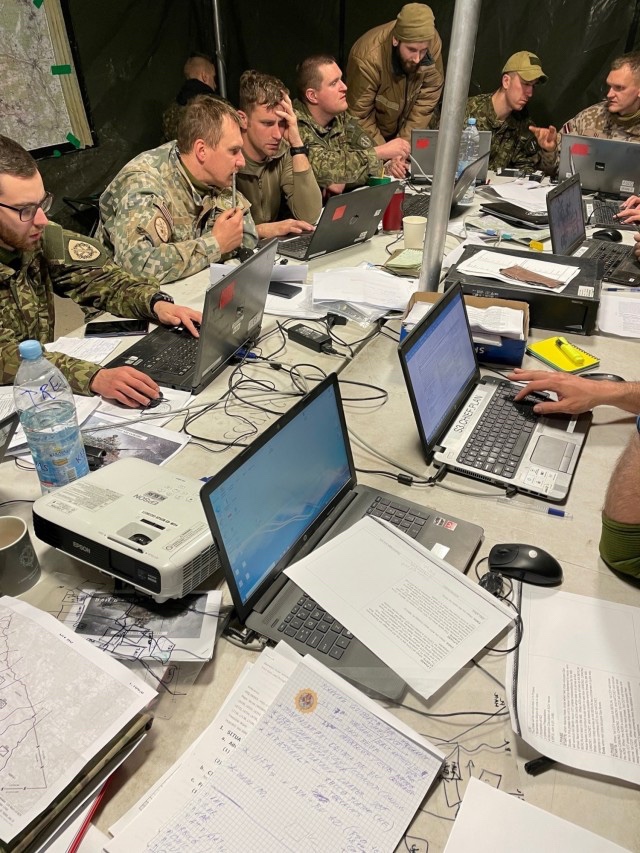 The U.S. Army’s only overseas training command and combat training center is located in Germany, to provide ready and capable theater assigned U.S. forces but also to facilitate testing and strengthening interoperability with allies and partners to support theater operations and drive readiness within the North Atlantic Treaty Organization.

“There’s only certain times we’re able to go through this Combat Training Center rotation at JMRC,” said Maj. Edward Gibbons, 4th SFAB Team Leader. “For us to do this rotation in a multinational context is significant for our own internal professional development. The lessons we learned, and seeing how other brigades and battalions performed, was a great experience for us.”


This entry was posted
on Saturday, February 26th, 2022 at 01:00 and is filed under Army, Forces Focus, Guest Post, Training.
You can follow any responses to this entry through the RSS 2.0 feed.