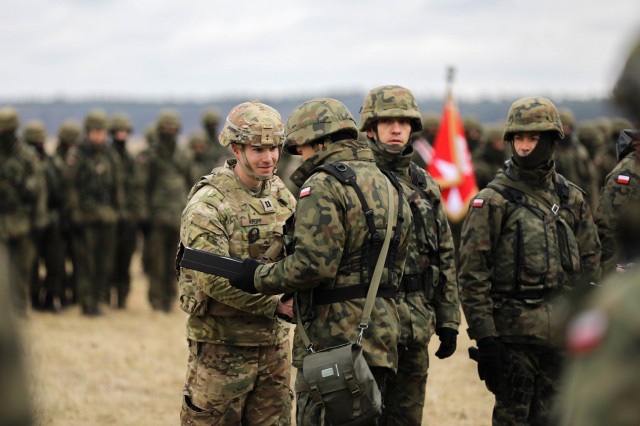 Including approximately 13,000 participants from 13 nations, exercise Saber Strike is a U.S. Army Europe and Africa multinational training exercise in Eastern Europe held bi-annually since 2010. Saber Strike demonstrates how U.S. Army Europe and Africa can deploy combat-credible European-based units to Poland, the Baltics and Central Europe. Saber Strike provides training in a winter environment and increases air defense-interoperability within the Baltic Region, while increasing the host-nations’ ability to integrate U.S. capabilities and reinforces the alliance. 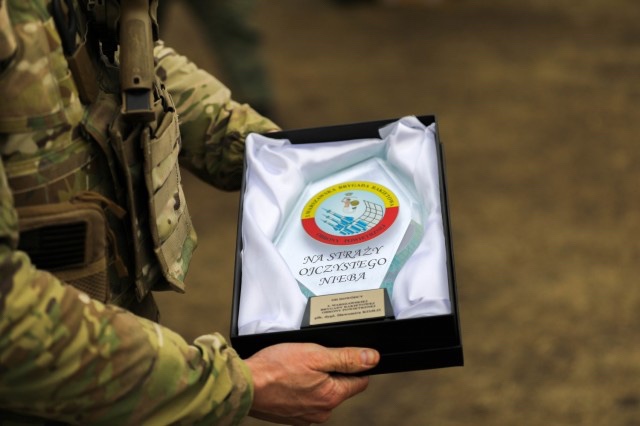 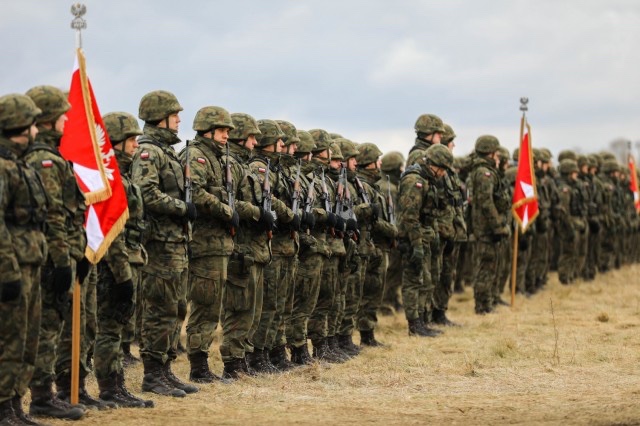 U.S. presence in Europe and the relationships built throughout the past 70 years provide the U.S. strategic access critical to meet NATO commitments. Saber Strike is designed to ensure that U.S. forces and participating allied forces are trained, able to operate together and are ready to respond to any threat from any direction. 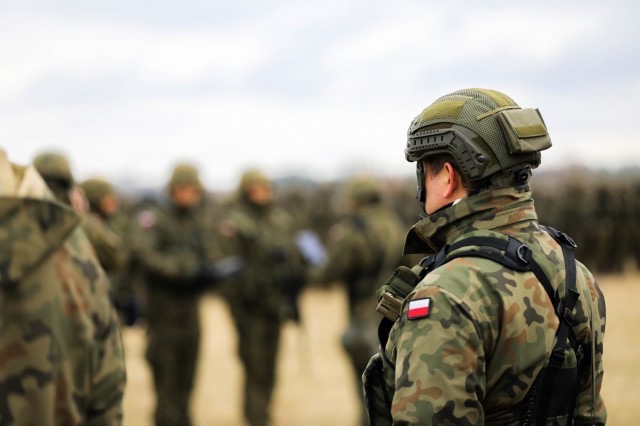 “The unit is conducting combined arms training strategy tied with their new equipment training to ensure the system is fielded as fast as it can to get it out to the force,” said U.S. Army Maj. Gen. Greg Brady, 10th Army Air and Missile Defense Command commanding general.

The 5th Battalion, 4th Air Defense Artillery Regiment, a part of 10th Army Air and Missile Defense Command, is the first unit in the U.S. Army to field, test and receive the M-SHORAD weapons system.

“We’ve been testing the capabilities of the M-SHORAD and U.S. link capabilities to be able to transmit data from our systems and sharing that to the Polish Army,” said U.S. Army Sgt. Brandon Anthony, a vehicle commander assigned to 5-4 ADA.

“We’re sending data links back and forth with the Polish so we can get air pictures and be able to track aircrafts in the sky,” said Jack Potter, a gunner for 5-4 ADA.

On March 10, 5-4 ADA is scheduled to conduct a live fire exercise demonstration on the Baltic Sea coast of Estonia.

Training events like Saber Strike 22 are planned well in advance and are not connected to any current or ongoing operations.


This entry was posted
on Wednesday, March 9th, 2022 at 01:00 and is filed under Army, Guest Post, International.
You can follow any responses to this entry through the RSS 2.0 feed.