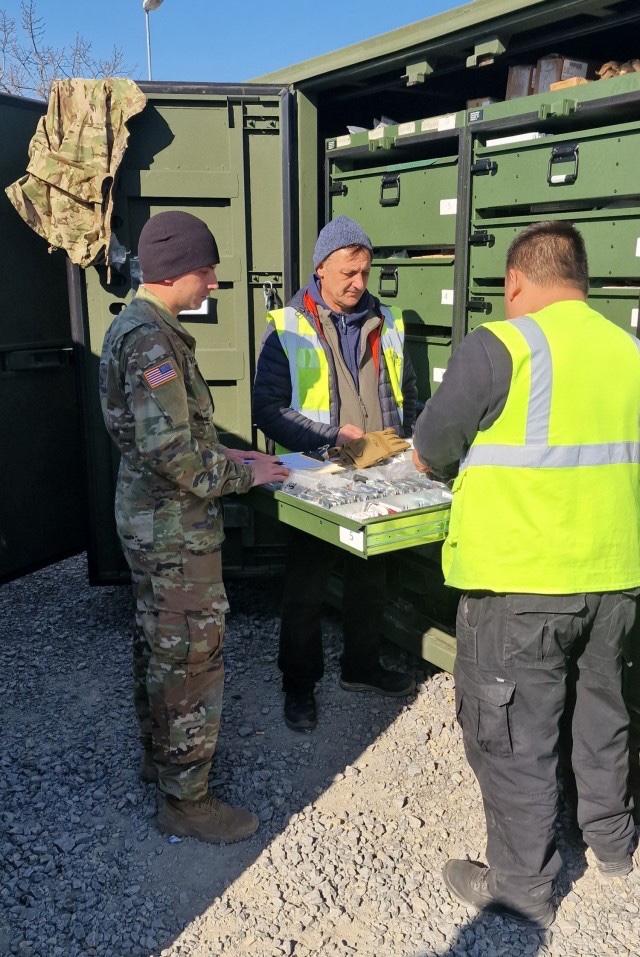 MANNHEIM, Germany – What’s easily apparent are the tanks and armored vehicles being prepared, loaded, transported, offloaded, staged and issued. But what’s less obvious are all the supply items, tools and repair parts needed to keep those vehicles and the 1st Armored Brigade Combat Team, 3rd Infantry Division, up and running.

And that’s another area where Army Field Support Battalion-Mannheim has once again excelled.

More than 4,700 lines of materiel — some containing over a thousand items per line — were recently accounted, reported, shipped and issued to 1st ABCT, 3rd ID, by a team of about 30 personnel under the command and control of AFSBn-Mannheim and the watchful eye of the 405th Army Field Support Brigade.

Valued at nearly $20 million, tens of thousands of Army Prepositioned Stocks-2 individual repair parts, supply items and tools in more than 40 containers were shipped from Coleman worksite in Mannheim, Germany, to Grafenwoehr Training Area, Germany, and issued to the U.S.-based armored brigade combat team deployed there from Fort Stewart, Georgia. 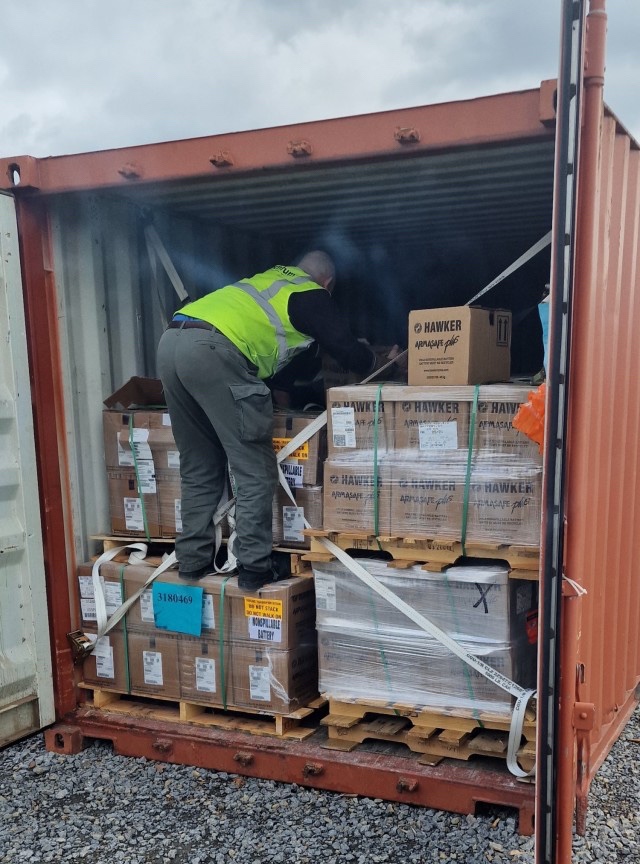 “It’s a very tedious process,” said Rodriguez, who serves as the Supply Support Activity noncommissioned officer at Support Operations, 405th AFSB. “They have to check everything – every single item – and then re-check and check again. And then they have to post all this information into the Global Combat Systems Support-Army.” 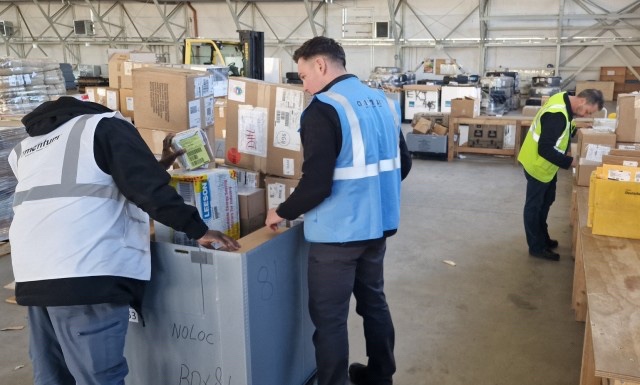 The Global Combat Systems Support-Army, or GCSS-Army, is a web-based automated logistics system that tracks and maintains accountability of repair parts and supply items. It’s capable of managing large volumes of transactions, and it provides current item location updates as well as expected times of arrival. It also interfaces with the General Funds Enterprise Business System, or GFEBS, for financial data tracking and feedback.

Rodriguez said two key individuals who helped lead the process and ensure the mission was a success were Phillip Bosco from AFSBn-Mannheim, who was the accountable officer for the more than 4,700 lines or materiel, and Nixon Pierre-Louis from 405th AFSB Support Operations, who was the materiel manager, planner and operations officer for the mission.

“I commend them and the entire team of Soldiers, Army civilians and contractors – to include Sgt. 1st Class Rodriguez, Mr. Bosco and Mr. Pierre-Louis – for ensuring the process was finished in record time with 100 percent accuracy,” said Lt. Col. Brian Astwood, AFSBn-Mannheim commander. “Thanks for all your hard work.” 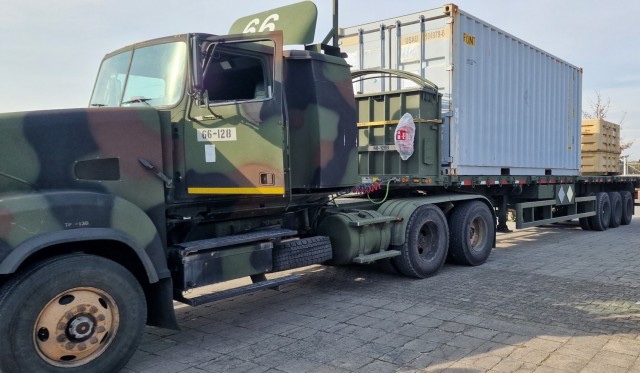 Rodriguez said his main responsibility was providing updates on the process to the Support Operations director, who in turn updated the 405th AFSB commander.

“Watching the representatives from the various organizations come together and react so quickly – it was outstanding,” said Rodriguez. “They executed the mission flawlessly – on time and on point.”

The 405th AFSB is assigned to U.S. Army Sustainment Command and under the operational control of the 21st Theater Sustainment Command, U.S. Army Europe and Africa. The brigade is headquartered in Kaiserslautern, Germany, and provides materiel enterprise support to U.S. Forces throughout Europe and Africa – providing theater sustainment logistics; synchronizing acquisition, logistics and technology; and leveraging U.S. Army Materiel Command’s materiel enterprise to support joint forces. For more information on the 405th AFSB, visit the official website and the official Facebook site.


This entry was posted
on Saturday, March 26th, 2022 at 00:00 and is filed under Army, Guest Post, Logistics.
You can follow any responses to this entry through the RSS 2.0 feed.