In the latest of many indications that America’s heaviest and most expensive fighter has increasingly fallen out of favour at the Pentagon, the U.S. Military has announced plans to begin retiring the F-22 Raptor from service moving dozens to ‘boneyard’ storage. Assistant Budget Secretary Major General James Peccia highlighted that the fighter’s extreme maintenance costs, as well as the very high costs of upgrading the airframes, made it favourable to remove some Raptors from active service. The F-22 has been one of the most controversial fighters in the history of the Air Force, and after entering service several years late in December 2005 orders to halt production were given less than four years later providing a very small production run. While the fighter has been promoted widely by commentators as the world’s premier air superiority fighter, the Pentagon has repeatedly indicated otherwise including in May 2021 when Air Force Chief of Staff General Charles Brown Jr. announced that the fighter would not be part of the future of the Air Force – while the Cold War era F-15 Eagle and F-16 Fighting Falcon from the 1970s would. The F-22’s difficulty incorporating upgrades, extremely high maintenance requirements, and increasingly obsolescence when compared to the latest fighters which are much easier to operate such as the F-35 and F-15EX were among the leading factors. 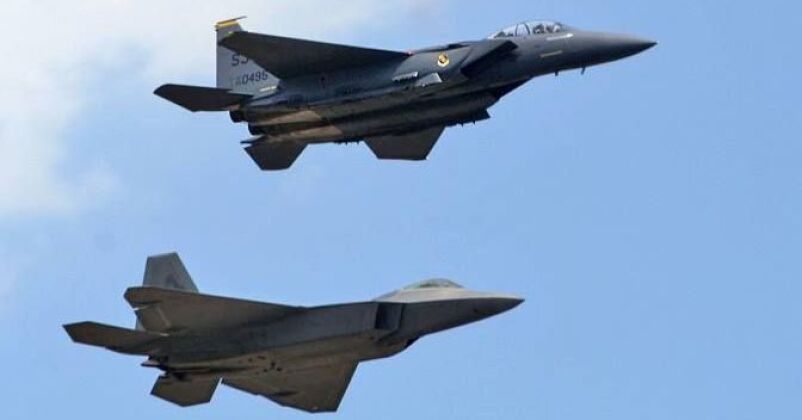 The F-22 is one of just two Western fifth generation fighters to enter production alongside the F-35, with the former designed as a successor to the fourth generation F-15 and the latter to the lightweight F-16. The Raptor was intended to replace the F-15 in service much as the F-15 previously replaced the fourth generation F-4, but issues with the program meant only one F-22 variant was ever produced and in only a quarter of the numbers initially intended. The F-22 ceased production in 2011, while the F-15 which first flew half a century ago in 1972 has remained in production to this day and could well see close to a decade more on production lines. This serves as a strong indication of the F-22 program’s failure to provide a viable replacement to the F-15, as while the fighter was originally intended to be easier to maintain, upgrade and operate than the Eagle it failed to achieve this.

The F-22 has increasingly fallen behind the standards set by the latest F-15 variants and the F-35, or by competing overseas fighters such as the Chinese J-20, due to its lack of key features such as distributed aperture systems for situational awareness, modern data links for network centric operations or helmet mounted sights crucial for visual range combat. Its sensor suite, as noted by F-22 pilots going up against F-35s, is increasingly considered outmatched despite the F-35 being a much lighter aircraft. The F-22’s retirement before the last of even the 1970s F-15C fighters have been retired serves as a very strong indicator of the military’s opinion of the Raptor and the program’s lack of success. It remains to be seen how successful the F-22 and F-15’s sixth generation replacement, currently being developed under the Next Generation Air Dominance Program, will be.