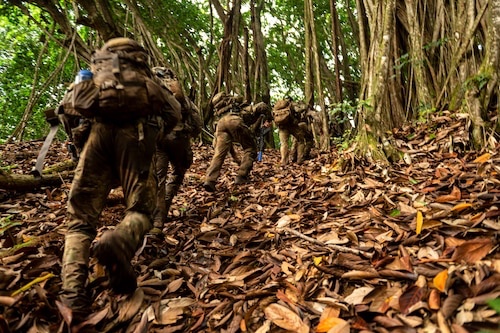 Moody Air Force Base’s pararescuemen are special warfare operators charged with the responsibility of rescuing personnel all around the world. As such, it’s vital they familiarize themselves with all types of environments.

In an effort to sharpen their capabilities in rescue operations throughout the Indo-Pacific region, Blue Team learned how to track personnel in the jungle.

Blue Team put their tactics, techniques and procedures (TTP) to the test in a climate they had never experienced before by performing a series of training scenarios to include team vs. team tracking and anti-tracking exercises.

“Over the last 20 years, we’ve gotten really good at desert warfare with the war in Afghanistan and Iraq,” said Staff Sgt. Evan Rogowski, 38th RQS Blue Team pararescueman. “With that kind of phasing away, and the new area of responsibility quickly becoming the INDOPACOM region, we’re really having to take a step back from some of the older TTPs that seemed to work well in the desert and figure out how to adapt to this environment, which is way more difficult to operate in.”

Upon arriving in the jungle, the team set up an outpost to conduct operations. Over the duration of five days and four nights, they survived with only the rucks on their backs and the knowledge they gained as special warfare operators in the Air Force. Rogowski said one of the biggest challenges they faced was the weather.

“It’s pretty unpredictable out here in the jungle,” Rogowski said. “It can be raining in the morning and then completely sunny in the afternoon, and back to rain. Outside of carrying the proper equipment, there’s not much we can do to control that.” 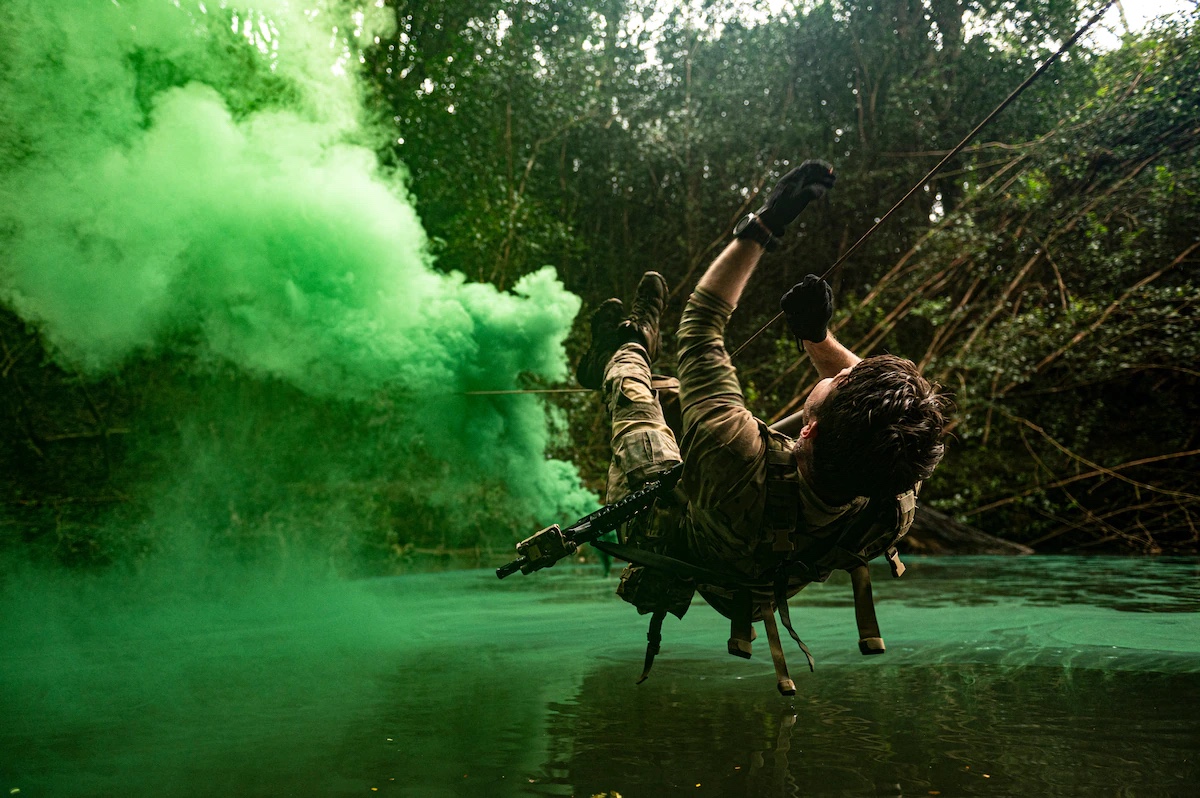 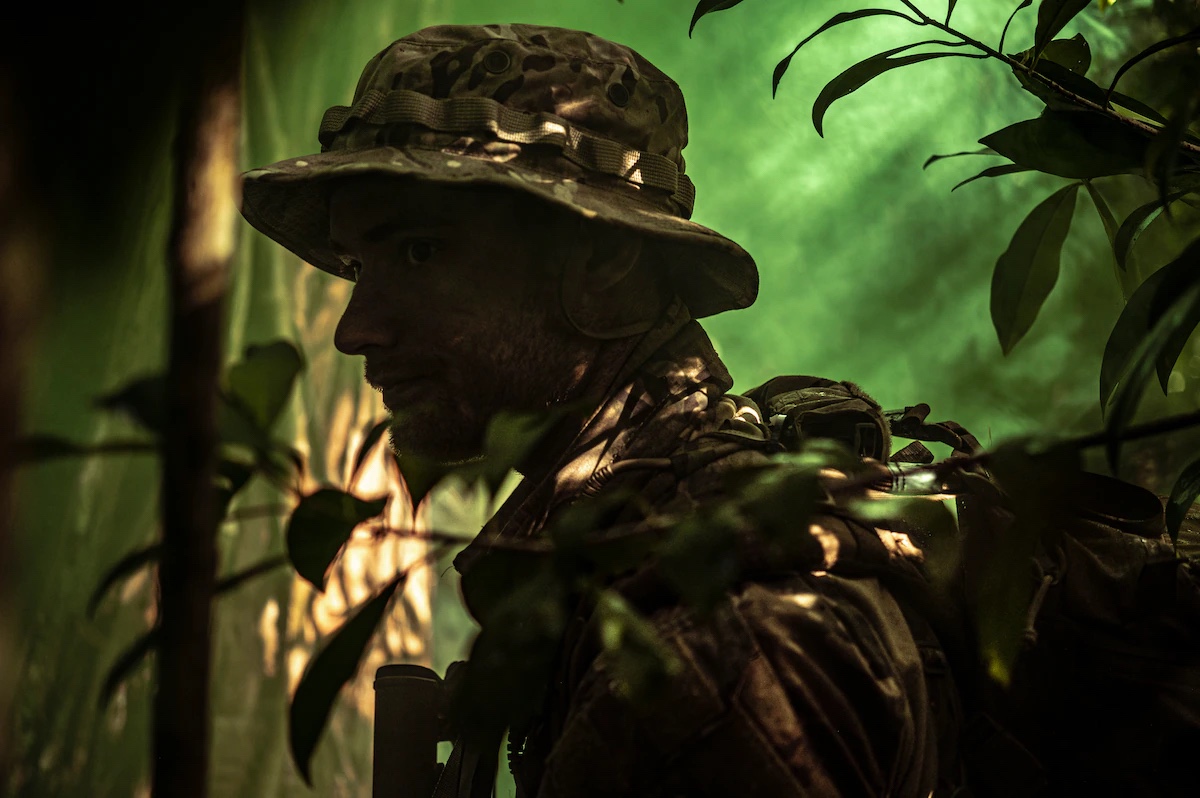 The unique experience tested their ability to adapt in an unforgiving environment. To combat the risks associated with sleeping on the ground, the team slept in enclosed hammocks.

Encounters with centipedes, spiders, steep inclines and thick foliage made it difficult to execute the mission. Despite the challenges, the team was able to effectively track their targets in the jungle. Using tactical formations and hand signals, they practiced combatting potential threats from simulated enemies and booby traps.

“As highly trained special warfare operators, we’re always thinking about modern-day warfare and high-tech weapon systems, but something so primitive like grenades that roll out of bamboo if you kick the wrong stick over is enough to wipe us all out,” said Staff Sgt. Evan Orth, 38th RQS Blue Team pararescueman. “Getting this training makes us more aware of threats we would have never expected in this environment, which could be the difference in saving not only our lives but the life of the person we’re trying to locate on the ground.”

Blue Team learned mostly through action, however instructors from the Tactical Tracking Operations School also provided an array of tips in a classroom setting before they ventured out into the jungle. 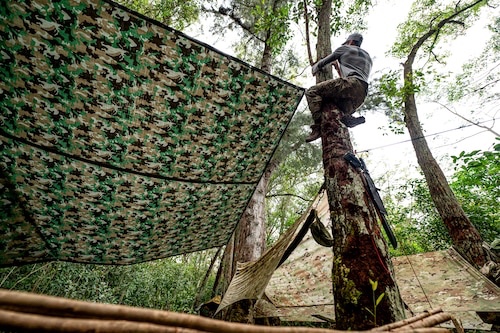 “They’ll sleep in the field for four nights to give them an opportunity to live in the environment, assess their gear, work out the little kinks or whatnot and make sure their sleeping systems are good,” said Pete Kerr, TTOS president and instructor. “The more time you spend out in the field, you start to hone those senses.”

Kerr expressed the importance of attention to detail. Whether tracking an adversary or a missing ally, such as a downed pilot, being able to notice subtle disturbances in the terrain is crucial to finding a target.

“What that’s doing is programming the subconscious mind to pick up on these indicators,” Kerr said. 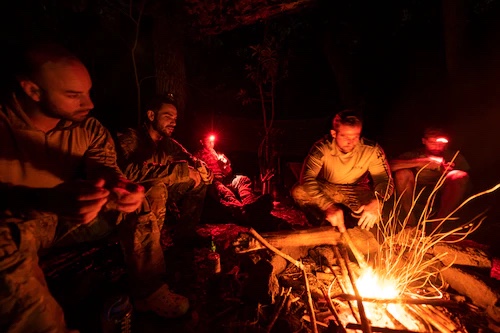 “That footprint is going to explain a story to you,” Rogowski said. “Where that person went, what they did, how fast they were moving, where they’re going to, are they paranoid? And I think that’s kind of hard to put into words unless you’ve actually been there.”

Using the skills they learned during the training scenarios, the team was put to the test in a final two-day, one-night exercise. During the exercise, Blue Team tracked a simulated downed pilot while traversing the terrain undetected from potential danger. Once they retrieved the isolated personnel, the team made their way to an extraction point.

After a sleepless 24 hours and hiking 6 kilometers through grueling terrain, the team completed their mission.

By the end of the two-week course, Blue Team gained the knowledge necessary to refine their TTPs for the unique jungle environment, thus enabling them to operate effectively in the Indo-Pacific region.

“The culmination of this exercise validates the effectiveness the rescue teams will have in a contested jungle environment,” Rogowski said. “The lessons and skills learned here will further expand the way we operate in the INDOPACOM area of responsibility. We’ll take these lessons and shape our TTPs for the future of special operations, personnel recovery, and combat search and rescue.”


This entry was posted
on Friday, April 15th, 2022 at 00:00 and is filed under AFSW, Air Force, Guest Post, Training.
You can follow any responses to this entry through the RSS 2.0 feed.