In the early morning hours of 25 April, 1980 President Carter announced to a stunned world that the United States had undertaken an ambitious raid into Iran to liberate 52 American hostages held illegally at our Embassy compound in Tehran. The assault force of what was known as “Operation Eagle Claw” can be seen here, loading C141s.

Unfortunately, the task force was unsuccessful and we lost eight American servicemen in a horrible aircraft ground collision. 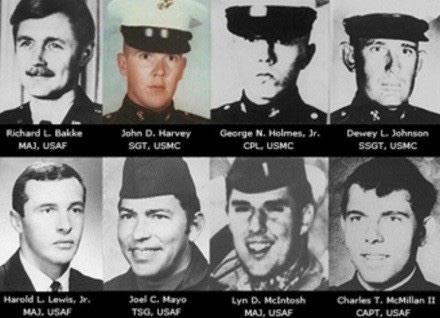 However, their deaths were not in vain. The hostages were eventually repatriated and the accident was the watershed event that created, over the next several decades, the world’s preeminent Special Operations capability; USSOCOM and its components. Forty years later, we wouldn’t be where are without the determination of that fledgling task force. Join me in remembering those that had the guts to try.


This entry was posted
on Monday, April 25th, 2022 at 00:00 and is filed under History, Memorial, SOF.
You can follow any responses to this entry through the RSS 2.0 feed.