On May 6 it was confirmed that the secretive death of one of the United States Air Force’s top pilots near Area 51, Lt. Colonel Eric Schultz, occurred during the flight of a former Belarusian Air Force Su-27UB Flanker heavyweight fighter. The pilot was reportedly not even supposed to fly on the day of the crash on September 5, 2017, but he took the place of a pilot in the front seat of the twin seat Soviet jet after he had been grounded due to medical issues. The mission was a 45 minute “local area proficiency sortie” carried out under the secretive ‘Red Hats’ unit which since the 1970s had specialised in testing and evaluating foreign combat aircraft. The Su-27 was at the time described as an “an important national asset,” although issues with landing gear which broke upon touching down forced Schultz to wrestle the fighter back into the air. A controlled evacuation by ejection seat was subsequently attempted, although man-seat separation failed on Schultz’s K-36 ejection seat meaning he was never released to drop by parachute. Schultz’s weapons systems officer nevertheless survived with his seat having no similar issues. This was hardly the first issue with the foreign aircraft operated at Area 51, which were often forced to improvise with maintenance and spare parts particularly during the Cold War and a lack of contact with the original suppliers of the aircraft. A decision was subsequently made by the Air Force to shut the Red Hats down, with the squadron having for decades seen no reported breakthrough deliveries of any fighter more advanced than a Su-27 leaving it increasingly obsolete as potential American adversaries began to field much more capable fighter types. 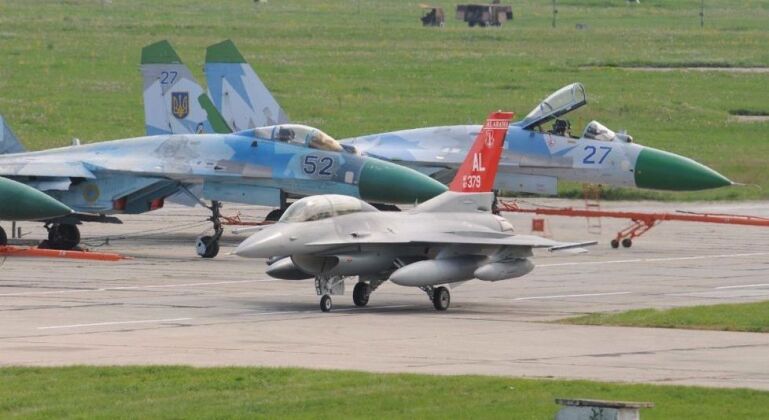 Acquiring Soviet fighters had been prioritised throughout the Cold War, with some of the most notable successes being the sale of MiG-21s by Indonesia after the United States sponsored a military coup there in 1965, followed by the illegal sale by Egypt of more advanced MiG-21 variants and early MiG-23s variants to the U.S. in the 1970s. The Su-27 was the premier Soviet air superiority fighter, considered the most capable in the world even in American reports, which was inherited by Russia, Ukraine, Uzbekistan and Belarus after the collapse of the Soviet Union. After gaining access to the fighter’s lighter and lower end counterpart the MiG-29 through Eastern European states in the late 1980s, two Su-27s were purchased from Belarus which had inherited some of the Soviet Union’s most capable weapons systems and was on the frontier with NATO. The fighter had only begun to enter service in 1985, and due to its sensitivity had only been approved for sale to a single client by the Soviet Union – the Chinese People’s Liberation Army. China had chosen it over the MiG-29 despite its much higher price and significant difficulties gaining approval.

In American hands, the Soviet built fighters were used to form a greater understanding of the airframe which derivatives of today form almost all frontline Russian fighter units. The Soviet collapse meant the Su-27’s highly promising successor developed under the MiG 1.42 program could not be completed, and a second attempted at a next generation successor as the Su-57 was met with multiple delays with the first full strength squadron having yet to be fielded 37 years after the first Su-27s entered service. This and the fact that the Su-27 has been very widely exported, with many more times the numbers fielded outside Russia than in the country, has made access to the airframe for testing extremely valuable for the Untied States Military, although to a diminishing degree due to the age of the variants in American hands and the very major changes made to the design since.