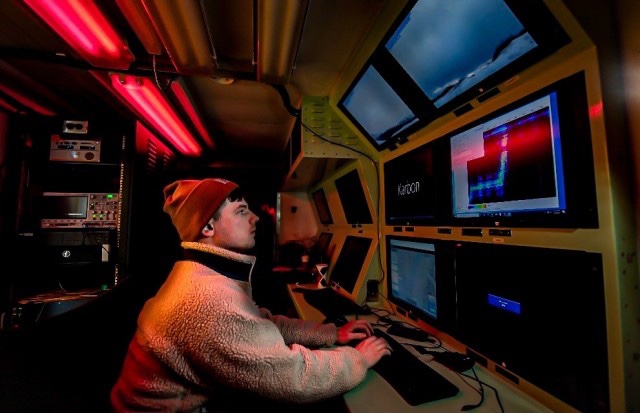 The project, called TripLine, was developed by ERDC and uses emitted sounds to passively detect targets. The technology was showcased during Arctic Edge 22, a bi-annual event hosted by the Alaskan Command at Joint Base Elemendorf-Richardson, Alaska, committed to the defense of North America with roots going back more than five decades.

The TripLine project started in 2017 and utilizes technology to detect airborne targets through soundwaves that interact with the ground and transfer a portion of the acoustic energy into the ground. The transferred soundwave energy subsequently interacts with buried sensing fiberoptic cable and induces a small, but highly perceptible, change in the cable that can be measured, analyzed and recorded by the TripLine system. This atmosphere-to-terrain energy transfer enables the presence of aircraft near the TripLine system to be automatically detected.

Dr. Sergey Vecherin, a research physicist at CRREL who leads the team developing a suite of algorithms for Tripline, said the system aims to be low-maintenance and suitable for operations in arctic conditions.

“TripLine is a system for automatic detection of acoustic sources with some unique operation capabilities,” said Vecherin. “Other systems cannot do what Tripline can, either due to scientific or operational limitations.”

When the first TripLine experiments were conducted in 2017, the goal was to prove sensor success for the desired sources in principle. In 2019, TripLine was used in another field experiment for different sources and different locations.

“In August 2020, we had a very successful demonstration in New Mexico,” said Vecherin. “According to the Air Force after the test evaluation, our system was named one of only two, out of more than two dozen tested, that successfully passed the test. This is a huge success considering the caliber of our competitors.”

The TripLine system has been tested and proven to have a high detection probability and a low false alarm rate in several different environments that had a nearly ideal soil structure for the sensing system. These soils are relatively loose, sandy soils with low contrast in air-ground acoustic impedance, and under these conditions, the acoustic detection system has performed nearly flawlessly.

One remaining demonstration of the system needed to be performed, a test of the technology under highly challenging soil conditions. It was determined that the cold, austere environments of the Arctic would present one of the greatest challenges to the sensor system due to the high acoustic impedance from frozen soils, as well as the noise damping from snow and ice coverage.

In the Arctic Edge 2022 exercise, TripLine has been tested under extremely challenging environmental conditions. Vecherin said, “So far, TripLine has successfully passed all the tests, indicating the high value of the technology.”

The highly complex terrain conditions around JBER were found to be ideal for the demonstration project as the ground was completely frozen, most likely well below the buried sensing cable. 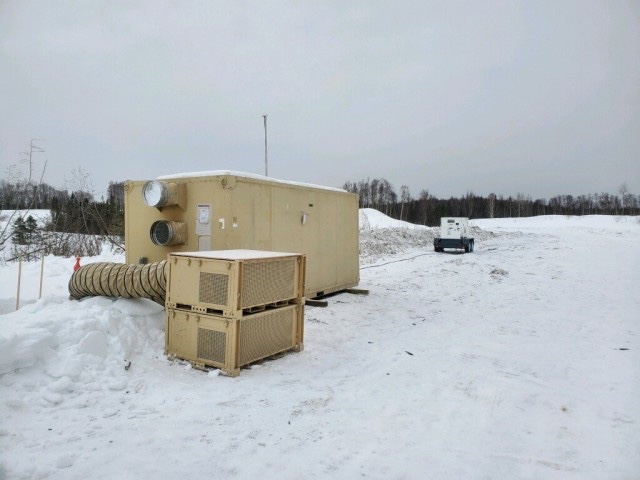 In March of 2021, the U.S. Army released its Arctic Strategy, “Regaining Arctic Dominance,” which outlines how the Army will generate, train, organize and equip our forces to partner with Arctic allies and secure national interests and maintain regional stability. Operating in the Arctic allows the Army to powerfully project forces to enhance their ability to respond in competition, crisis or conflict. TripLine will be able to assist in achieving that goal.

The goal of the demonstration effort was to show that the TripLine sensing system is capable of detecting airborne objects within proximity of JBER, despite the frozen soil and thick coverage of snow and ice. Between February 25 and March 16, 2022, numerous commercial and military aircraft had flight paths near Joint Base Elmendorf-Richardson, and the TripLine event utilized those flights to demonstrate that it could detect and monitor movement across the region in real time with a high degree of accuracy.

“As demonstrated, TripLine capability is proven to function in austere environments,” said Dr. Steven Peckham, a Research Scientist at CRREL and a program lead for the TripLine project. “That opens the opportunity to utilize the technology throughout the Arctic.”

This successful live demonstration proves that the acoustic sensing system reliably functions in such locales, despite being buried in frozen soil and under several feet of snow and ice. In addition, this successful demonstration opens the opportunity for the Department of Defense to deploy this new technology in locations around the globe where airborne threats have traditionally been a challenge to detect and monitor in real-time.

One of the next steps for the TripLine project will be to gain more funding for additional testing, research and development, until the system can be approved and released for use by the Department of Defense.

“Going forward we have a presentation to the North American Aerospace Defense Command and U.S. Army Northern Command, as well as our international partners,” said Peckham. “From here, the TripLine project has satisfied all of the requested demonstration testing and can advance, given supporting resources, to deploying the capability in the field for an extended period.”