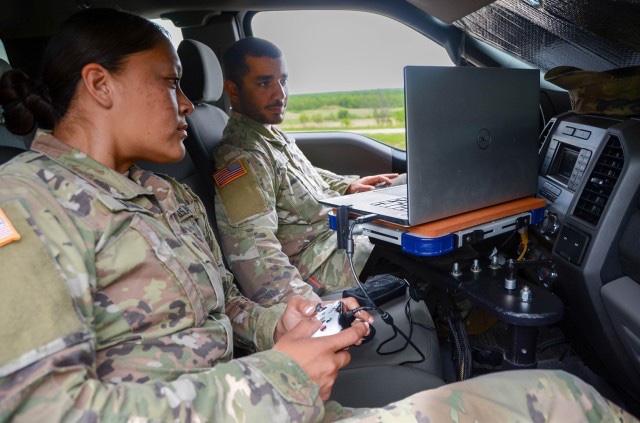 FORT LEONARD WOOD, Mo. — Leaders from U.S. Army Futures Command and the Maneuver Support Center of Excellence wrapped up the two-week Maneuver Support, Sustainment and Protection Integration Experiments — or MSSPIX — this week, giving Army leaders and capability developers a chance to gain insights into the viability of emerging technologies through credible and validated operational assessments.

According to Kyle Henry — the chief of the center’s maneuver support battle lab experimentation branch and one of the key organizers of the event — the annual MSSPIX is an important venue for conceptual and materiel development because of the feedback provided by the very Soldiers who may one day use the technology to assist in accomplishing missions.

“Without the Soldiers, this would be a glorified tech demo,” he added. “That’s not what we’re trying to do. We want a non-biased look at these technologies, these capabilities.”

Henry said the overarching focus of this year’s MSSPIX was to enable protection and sustainment solutions in support of what’s called multi-domain operations — the Army’s attempt to address competition and potential conflict between the United States and countries with relatively similar warfighting capabilities across air, land, sea, space and cyberspace. This includes the mitigation of hazards, the preservation of assets and the protection of Soldiers.

“The technologies being assessed are designed to minimize a Soldier’s presence on the battlefield, or otherwise aid in protecting lives, while also improving the ability to defeat enemy forces, disrupt enemy capabilities and physically control spaces,” Henry said.

During a demonstration day event on May 17, Sgt. Daniel Alexander, with Fort Leonard Wood’s 595th Sapper Company, and Spc. Wyanet Nakai, from the 212th Military Police Company at Fort Bliss, Texas, operated what’s being called the Mobile-Acquisition, Cue and Effector, or M-ACE — one of 14 capabilities assessed this year by a group of more than 20 Soldiers from installations across the country.

Integrating radar technologies with a remote cue system, M-ACE can lock onto and disable a moving target, such as a drone.

Having a system like this in a combat environment is ideal for military police, Nakai said, as they are typically considered what’s called “mounted,” meaning they stay inside their tactical vehicles.

“What we’re doing is controlling the weapon from inside,” she said. “This set up is really nice, and it’s safer.”

For a combat engineer, like Alexander, whose missions require both mounted and unmounted capabilities, it’s nice to know the Army is trying to minimize Soldier risk on the battlefield.

“It’s nice to know we’re going another route for combat [military occupational specialties],” he said. “We go outside the wire, put our lives on the line, and with technology like this, it takes the Soldier out of many of those situations — it minimizes the dangers.”

This was the first time either Alexander or Nakai have participated in MSSPIX. Alexander, originally from Bolingbrook, Illinois, said he was happy for the opportunity to provide inputs that may one day help improve the Army’s ability to more effectively and safely meet its mission requirements.

“I hope other Soldiers in my unit get this opportunity,” he said.

Nakai, from the Navajo Nation in Utah, said it’s fascinating to be part of a project decades in the making.

“I didn’t know what MSSPIX was,” she said. “I’m amazed by how much time goes into these technologies — someone said 18 years for this one. It blows my mind how much thought and effort goes into building a system like this, and they want to keep improving it.”