Following the launch on June 17 of China’s first flattop carrier, the warship Fujian estimated to displace over 80,000 tons, new images of the country’s carrier based fighter the J-15B have confirmed longstanding speculation that the aircraft is in fact a navalised derivative of one anticipated for close to a decade. Multiple derivatives of the Su-27 Flanker heavyweight fighter have been produced in China, notably the J-11B which ended production in 2018, the J-15 which forms the fighter air wings of China’s two currently serving carriers, and the J-16 twin seater which is currently in production on a larger scale than any Flanker variant worldwide. The J-11D, however, was initially expected to succeed the J-11B in production and be a single seater similarly tailored towards air to air combat but with a much more sophisticated design comparable to Russia’s own ‘Super Flanker’ the Su-35. 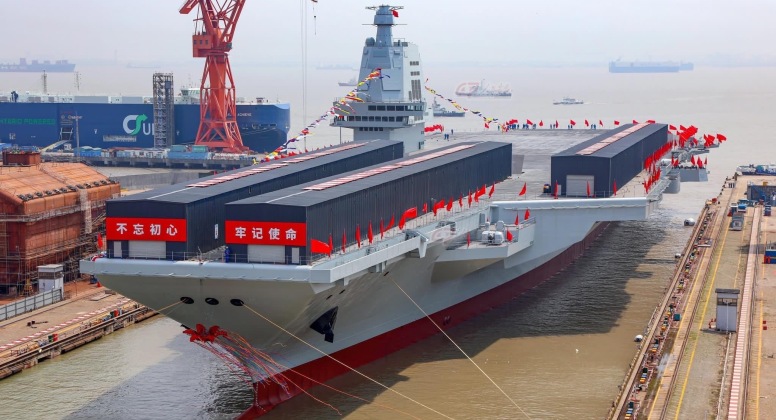 The J-11D was expected to capitalise on the more advanced state of China’s combat aviation industry and field superior air to air capabilities to all Flanker variants before it including the J-16 and Su-35, including higher use of more advanced composite materials for a lighter and more durable airframe, use of a more advanced AESA radar, and integration of three dimensional thrust vectoring engines, stealth coatings, and some of the world’s most sophisticated avionics and electronic warfare systems. An engine design comparable to the Su-35’s AL-41 was also expected to be integrated onto the aircraft. Where the J-16 was seen to have surpassed the Su-35 in most parameters, particularly its sensors, electronics and armaments, the J-11D’s higher use of composites, lower radar cross section and greater manoeuvrability and endurance were  expected to provide an edge even over the previous Chinese design. 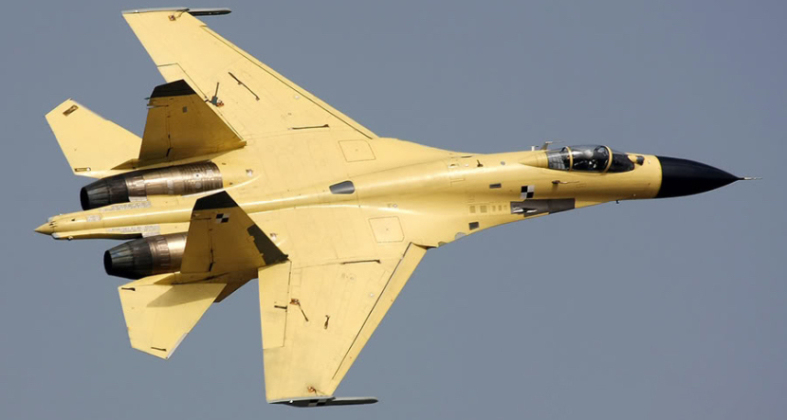 The J-11D was speculated to have been cancelled after the J-11B ended production without replacement, although some of the over 200 J-11B/BS airframes in service have since been modernised to a similar avionics standard including the integration of an AESA radar based on that of the J-20 stealth fighter as well as compatibility with the latest armaments. The advanced capabilities of the J-20, which is one of just two fifth generation fighters in the world fielded at squadron level strength to be in production today, are thought to have been one reason why a second advanced land based air superiority fighter was seen to be unnecessary. The fact that the J-15B appears to be a navalised derivative of the J-11D, however, indicates that investments developing a ‘Super Flanker’ was hardly wasted with the design set to still play a prominent role in China’s defence. This mirrors how the J-11B, which in the early 2010s was considered China’s most capable fighter, was used as the basis for developing the original J-15 fighter at the time.

With the warship Fujian set to field a fighter air wing close to twice the size of its predecessors the carriers Liaoning and Shandong, the J-15B may be produced in considerable numbers and is expected to fly alongside a fifth generation fighter, based on the FC-31 design which was a smaller counterpart to the J-20, as well as various drones and the J-15D electronic attack jet. Whether the J-11D will ever enter production as a non navalised fighter, or whether the J-15B could enter service in ground based naval aviation units, remains to be seen but appears increasingly unlikely as Chinese combat aviation moves on to focus more on fifth generation aircraft.